Sprint on Wednesday announced its latest promotion a limited time deal which sees the carrier slashing competitor prices by 50 percent. Indeed, the deal is available to anyone from Verizon, AT&T, or T-Mobile who ports their phone number to Sprint before January 7th 2016.

According to Sprint, there are no gimmicks or anything that will come back to bite customers. In short, the promotion gives customers the same amount of data and talk time that they were receiving with their previous carrier but at half the price.

The 50 percent deal works for not only single line plans, but multi-line accounts as well. Sprint will allow for up to ten lines on an account.

Here’s an example of what T-Mobile customers can expect when they take advantage of the promotion. 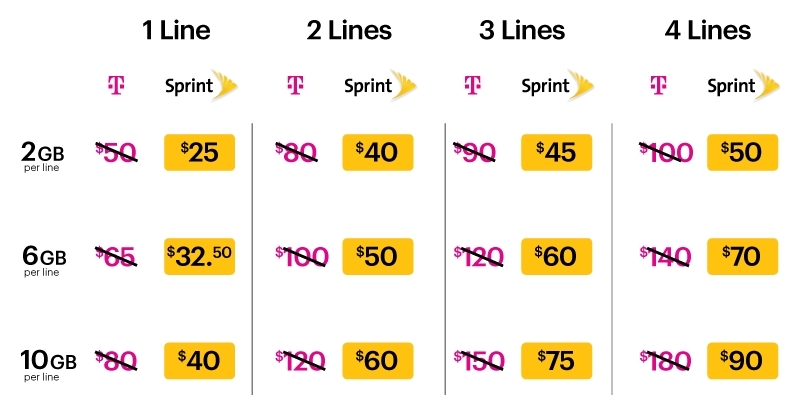 In addition to the three major players, Cricket and MetroPCS customers can also bring their lines over and save 50 percent off their rates. Once locked into the half off promotion, customers will see this price through January 8th 2018.

Sprint did not forget about its own customers and wants to reward them for their loyalty. Any existing Sprint subscriber who wants to, can take advantage of a free tablet with a 2-year contract. Worth roughly $360 according to Sprint, it is the Alcatel One Touch Pixi 7. Note that this is limited to supply on hand. 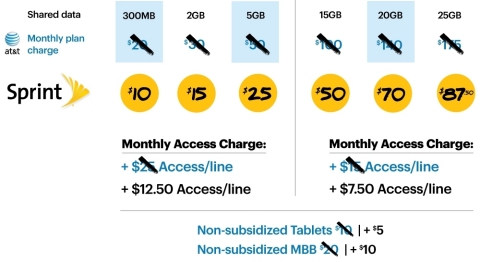 The 50 percent off rate plan begins on November 20. Learn more at Sprint’s website.