It seems Sprint got a lot of devices up their sleeves as a leaked document by Engadget suggests. However, few of the devices are Android powered and we might see them on Sprint’s shelf next month. According to the image, following devices are coming to Sprint: LG Optimus F3 in Titanium and Purple color on August 14, HTC One in Red, Samsung Galaxy S4 in Purple, and Kyocera Lync on August 16, which also seems like another Android devices from Kyocera. 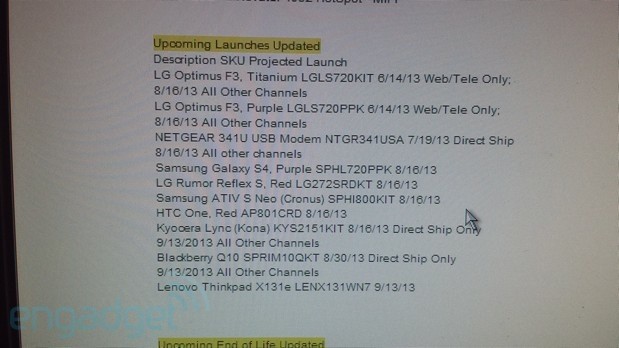 Though, no sign of a Motorola X there or some other new and unknown smartphone? Well, Moto X will be announced soon as and we are hoping to see it at all major carriers. Are you looking forward to the mentioned smartphones? Tell us about it in the comment box below.