Fanboys, Enthusiasts, Enablers, Advocates, Supporters, Promoters, or whatever you decide to call yourself today. You are the tech guy (or gal). Those around you look to you for advice, support, and the inside scoop on what’s next. Everyone that fits this description does a variant of what I am doing right now; gathering all the information I can  possibly find, turning it into an opinion. That opinion gets put in blogs, emails, tweets, any anything else that can be seen and it’s broadcast and re-broadcast across the internet. When I see something I find interesting, I see it show up as “new information” in blogs a week later.  So, exactly how far is our reach?

What kind of of power do we have as a collective?  When this group of people is upset about something, does it get addressed? If it gets addressed, who is to say we were the cause? In short, where do we stand?

I asked myself this question twice recently. The first was when the noise surrounding Samsung’s continued delay regarding Android 2.2 on their T-Mobile Vibrant. Vibrant users have been up in arms for what seems like months now, demanding that their phone be updated to support the new features brought about by Froyo. Promise after promise has been broken. It hasn’t felt like that voice, which I have heard almost endlessly, has had any sort of effect on Samsung. The second example is the recent play by Motorola. Their most recent PR statement has left many to believe that we will see less encryption and more support for developers in their upcoming phones. Is it appropriate to say that this dramatic shift in opinion was due to the unhappy Moto modders rising up and demanding change? There’s no right answer. Either of these could be an example of either our lack or our complete effectiveness as a group with a unified opinion.

Let’s break it down to the Android modders and hackers. Currently, it’s reported that there are over 109,000 active installs of Cyanogenmod out there in the world. Huge number right? Let’s exaggerate and say that there is the same number of

people out there not running CM, but still not running a stock experience. So, let’s assume that we’ve got almost 250,000 rooted, modded users out there, based on the numbers out there. In December, Google reported 300,000 activations a day. My numbers were intentionally large, and we still don’t take up a full days worth of new users across the world. If that isn’t reason enough to ignore us, how about the users who take their phones back to the carrier after failing to follow directions or following outdated directions when it comes to playing with the stock OS?  It’s clear that we’re not the majority here, right?

Let’s not forget our purpose, though. We absorb all of the latest and greatest in tech and regurgitate it to anyone who will listen, remember? If Moto, HTC, or Samsung upset us, we’ve got a pretty substantial reach. What happens when each of us tells 5 people not to buy product X, and each of them tell 2 other people? We’re not just a mere 250,000 anymore are we? Maybe that is what Motorola has seen, and why we’ve seen statement retractions and promises of more bootloader cooperation? It’s more than a possibility, our voices have been heard.

Maybe what we need isn’t more noise, but organized noise. Perhaps the way to get changes made in this environment is through volume and repetition, constantly commenting and making our opinions heard. The internet is a tool, not a weapon. We have the potential to reach out to the people making the products we enjoy and working together rather than violently messaging the open air in hopes that it will get noticed. Organize, and your voices will be heard. 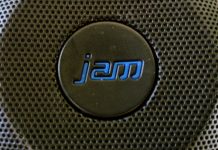 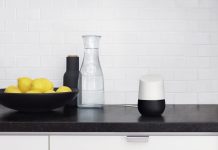