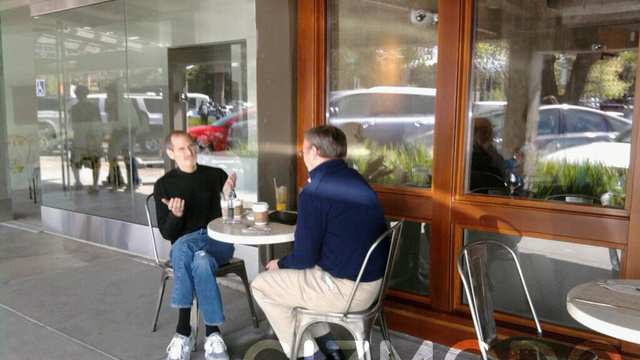 Steve Jobs hated Android.  Did you know that?  Oh, okay, but did you know how much he hated it?  According to the AP, who obtained an early copy of the upcoming Jobs biography, he believed that Android was tantamount to “grand theft”.  What’s more, he was ready to spend every penny of Apple’s fortune to right the wrong committed by Google and its partners.

A passage from “expletive-laden” interview with Walter Isaacson tells us that Steve became enraged when HTC introduced a handset in early 2010 which was perceived to steal many of Apple’s products or services.  After later meeting with Google’s Eric Schmidt at a cafe, Jobs said he was not interested in settling the lawsuit, instead wanting Google to “stop using our ideas in Android.”  The meeting obviously went nowhere and now we see the start of all the lawsuits.

“I will spend my last dying breath if I need to, and I will spend every penny of Apple’s $40 billion in the bank, to right this wrong,” Jobs said. “I’m going to destroy Android, because it’s a stolen product. I’m willing to go thermonuclear war on this.”

“I don’t want your money. If you offer me $5 billion, I won’t want it. I’ve got plenty of money. I want you to stop using our ideas in Android, that’s all I want.”

I’ve got nothing but respect for Steve Jobs as an innovator, inventor, and technical genius.  The problem I had with him was his hypocritical stance (below) that it was okay for Apple to sample/steal from others but when it’s done to him, he got enraged.

We saw just this summer that Apple is still introducing technology and hardware that previously exists on other platforms.  It’s tough to convince me that you don’t borrow or steal from Android when you are introducing folders and notifications in the  4th and 5th iterations of your platform.