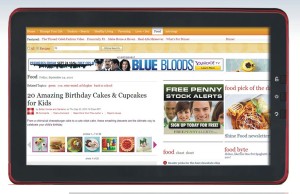 We’re less than two months away from CES 2011 which means we are starting to see our inbox filled with press releases and goodies from companies who plan to be in attendance.  It’s no secret that there looks to be a slew of Android tablets at this year’s conference. Last year saw more than a few and 2011 looks even more promising.  One company who advises us that they will be in Las Vegas is Sungale.  The California-based company expects to unveil and demonstrate their 7-inch and 10-inch Cyberus tablets.

The Cyberus ID1010WTA features a 10.1 inch High-Definition integrated touch screen, HDMI output, a removable 1700mAH battery, and WiFi (802.11 g)  The 7-inch Cyberus ID708WTA includes a front facing 1.3-megapixel  camera, 2 GB of internal Memory, a MicroSD card slot, an internal 1600mAh rechargeable battery.  Both devices can support 3D gaming and apps thanks to an integrated 3D accelerator.  And thanks to Android 2.2, both models can support a variety of popular file formats for music, videos, photos and eBooks.

Admittedly, these don’t sound super on the surface.  However, given the right prices, these could still do well early on in the tablet game.  Until a handful of major players establish themselves, the non-iPad market is likely to be split up amongst a slew of smaller names. 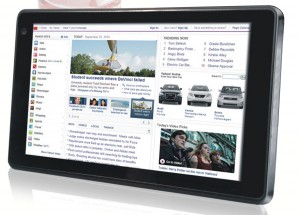