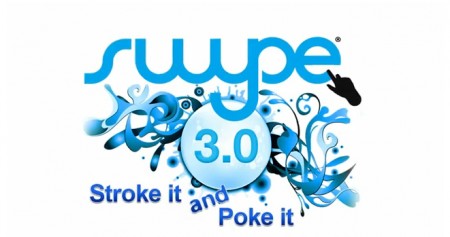 It’s only been 18 months and already Swype has swiped its way past 50 million installs, revering itself as one of the most premiere keyboard replacements around. Now, with version 3.0 released, they are looking to increase those numbers by adding support for tablets running Honeycomb. This special WXGA version features a resizable and moveable keyboard for individual customization along with two major Swype 3.0 features:

Other changes found in Swype 3.0 Beta include a revamped licensing system which now includes support for any device shipped with Android 2.3 or above (with or without a cellular plan), a variety of bug fixes and other minor updates. As long as your phone did not already come preloaded with Swype, you can head on over to Swype.com and grab the latest Swype 3.0 update.

Check out these new features in Swype’s epic 3.0 trailer: