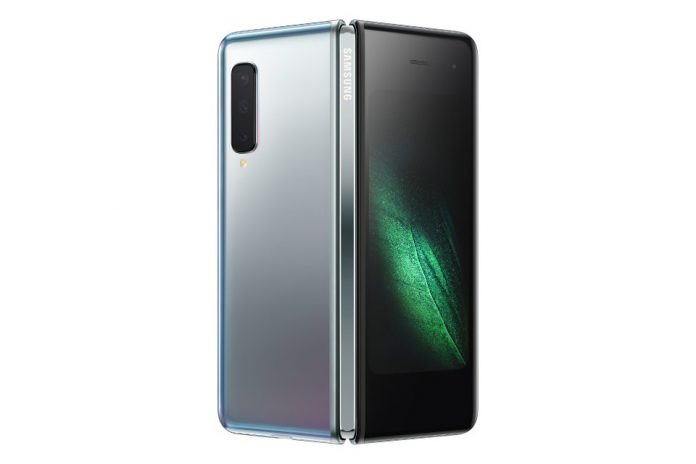 While the jury is still out on foldable phones, we at least know when we can get our first in-person look at Samsung’s offering, the Galaxy Fold. T-Mobile and Samsung announced today that the nation’s third-largest carrier will sell the phone beginning April 25th at 9 PM Pacific Time on its website with in-store availability April 26.

Multiple carriers will carry the Fold but T-Mobile is quick to point out that the Fold will use T-Mobile’s 600 MHz Extended Range LTE network, something exclusive to T-Mobile. The 600 MHz band allows for better coverage inside of buildings with thick walls where T-Mobile has routinely struggled and in urban areas where service was otherwise unavailable.

Read more: Huawei’s Mate X is the foldable phone we’ve been waiting for

In case you missed Samsung’s announcement, let’s walk through exactly what you’re getting in the Galaxy Fold. It has a 7.3-inch display when fully expanded, with a resolution of 1536 x 2152 that uses Samsung’s Dynamic AMOLED display. When closed, the you’re treated to a 4.6-inch HD+ Super AMOLED display that matches the 21:9 display ratio we’ve recently seen in phones like the Sony Xperia 10 and 10 Plus.

Samsung chose to eschew the under-display fingerprint scanner (probably a good idea) for a side-mounted scanner like the Galaxy S10e released earlier this year. Interestingly enough, there’s no headphone jack on the Fold despite the size of the device. That one leave us scratching our head, but at least we do have Bluetooth 5.0, Dolby Atmos sound, and AKG-tuned speakers on board. And hey, you can always buy a dongle, right?

The $2,000 behemoth comes in Space Silver, Cosmos Black, Martian Green and Astro Blue and as we said up top, will be available near the end of the month. Are you planning to pick one up? Let us know.