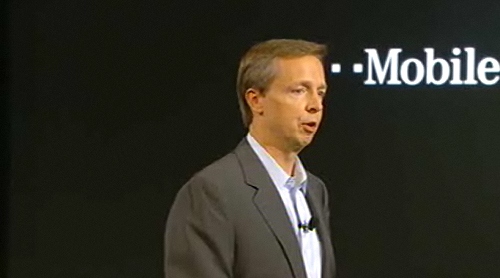 We’re anxious to read the upcoming interview between GigaOm’s Om Malik and Cole Brodman, chief technology officer at T-Mobile USA. Expected to be released on or around Monday, it looks to shed more light on T-Mobile’s plans for Android.

â€œWe are looking to launch multiple Android-based devices in the second half of this year with three partners.â€

The third could be any number of companies in the Open Handset Alliance including Motorola, Sony Ericsson, or the somewhat silent LG.Â  Of course, there’s also Huawei too.Â  They recently announced a data card for T-Mobile.

Let’s not forget netbooks either.Â  Apparently, Brodman has seen demos of netbooks running Android so perhaps it could be something real unconventional-like.