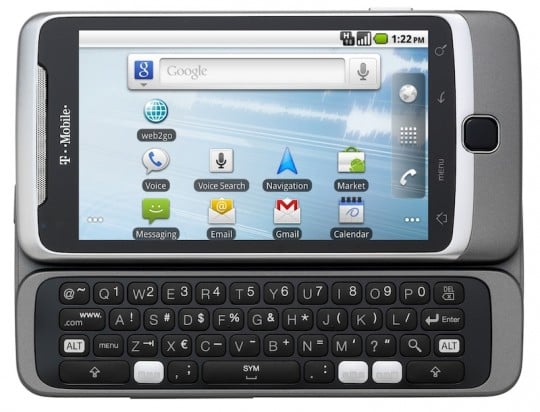 A few days ago, we told you about the T-Mobile G2 being rooted here on AndroidGuys. We quickly learned that the root is only temporary, lasting until you reboot the phone. Well, we just received an official statement from T-Mobile regarding this issue.

You can read the press release below, but it basically says that some software components are stored in read-only memory as a security measure. This ensures that key software isn’t corrupted, which would render the G2 inoperable. This prevents any modifications from being saved to memory, which is why the software is restored when rebooting.

I’m sure it won’t take long for some dedicated dev to crack this egg, permanently. But at least now we know why rooting the G2 is only temporary. Check out the official statement below. Thanks to Matt from T-Mobile for sending us this info.

Code-Level Modifications to the G2
As pioneers in Android-powered mobile devices, T-Mobile and HTC strive to support innovation.  The T-Mobile G2 is a powerful and highly customizable Android-powered smartphone, which customers can personalize and make their own, from the look of their home screen to adding their favorite applications and more.
The HTC software implementation on the G2 stores some components in read-only memory as a security measure to prevent key operating system software from becoming corrupted and rendering the device inoperable. There is a small subset of highly technical users who may want to modify and re-engineer their devices at the code level, known as “rooting,” but a side effect of HTC’s security measure is that these modifications are temporary and cannot be saved to permanent memory.  As a result the original code is restored.

HTC will follow M7 with M4 and G2, rumor suggests