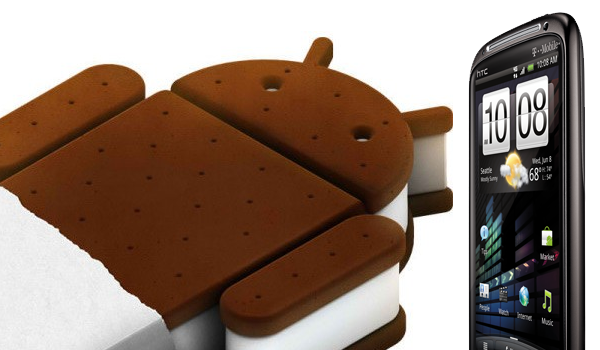 We had expected to see the T-Mobile Sensation 4G receive its Android 4.0 update by the end of March but that’s likely not going to happen.  As to why the beloved 4G smartphone hasn’t been dished its Ice Cream Sandwich yet, T-Mobile blames HTC.

Speaking from their Facebook page last weekend, a T-Mobile spokesperson indicated that HTC has turned over a build of the Android 4.0/Sense 3.6 ROM that doesn’t live up to the carrier’s standards.  What’s more, it sounds as if T-Mobile is pointing the proverbial finger at HTC since it has been a while since testing of the ROM had commenced.

“HTC has delivered a ROM to us however it is still having issues the reason that other sensation types have the update without issue and ours did not come out that way is because every ROM must be adapted to the hardware of the device because we use a different radio than other providers and also have applications such as wifi calling it also has to be compatible with those. What the HTC rep told you is most likely correct because once a ROM is delivered we have 2 weeks to test it and then approve it or send it back they then have 4 weeks to fix the bugs and return it back to us, where we are exactly in that process I do not know but that is how a ROM is delivered to the customer.

The original ROM was not delivered to us in November, we started testing it just recently but I think it has been longer than 2 weeks so at this point HTC most likely has the ball.

You bought a phone and it has been announced that you are getting ICS you have every right to know what’s going on with it and when you can see these awesome features. I did go into a lot of detail about how a ROM gets to the end user (you guys) but that wasn’t to point fingers only so you would have a better understanding of why you don’t have it yet, the bottom line is the Sensation has T-Mobile’s and HTC’s name all over it and both companies want to make you proud to be a Sensation owner so we are working as fast as we can to deliver it but also want to make sure that it stands up to your expectations.”

We’re all for carriers and handset makers being transparent to customers and appreciate T-Mobile’s stance on this particular situation.  On the other hand, we have to wonder whether or not they would have said anything at all were they not repeatedly asked by their users.