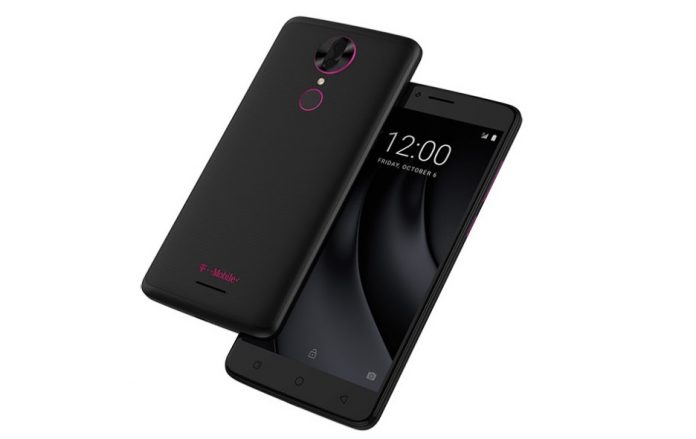 Back in August, T-Mobile debuted its own smartphone, the REVVL. The handset brought low-end specs and an affordable price, which made it a pretty decent option for less-demanding users.

Now building upon the success of the original REVVL and just in time for the holidays, the Magenta carrier unveiled a second smartphone from the REVVL family. Dubbed the REVVL Plus, the new arrival comes packing a larger 6-inch display which takes advantage of the same low HD resolution (1280 x 720 pixels) the previous REVVL also offered. 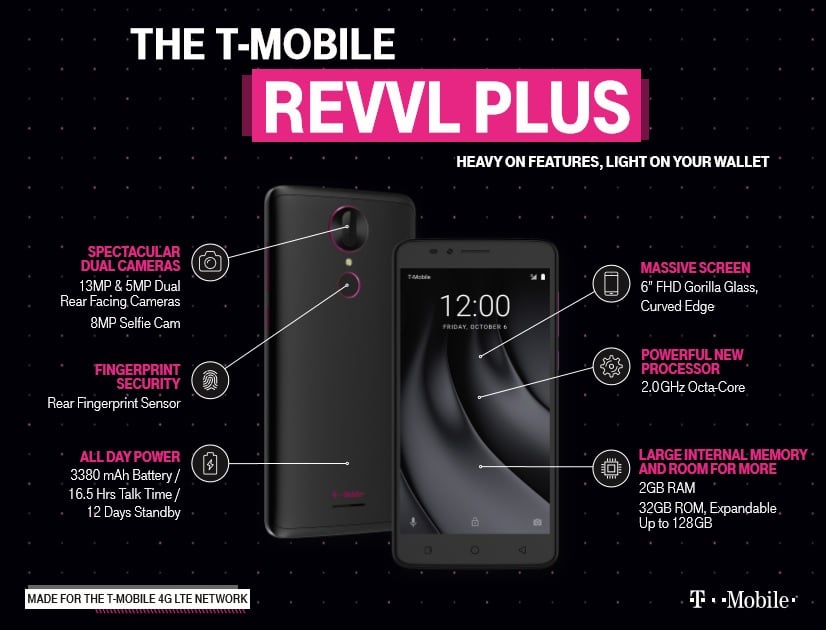 When it comes to computing power – the phone is kept alive by an (unnamed) octa-core 2.0 GHz processor, aided by 2GB of RAM and 32GB of expandable storage (up to 128GB). The original REVVL relied on a 1.5GHz quad-core processor, but boasted the same RAM+storage configuration.

The phone is a bit more interesting in the photography department. Customers looking to get a dual-camera phone on the cheap, will probably be interested to know that the REVVL Plus features a 13-megapixel/5-megapixel combo on the back, as well as an 8-megapixel selfie snapper on the front. There’s also a fingerprint scanner located on the back below the main cameras.

The new REVVL Plus relies on a pretty decent 3,380 mAh battery which promises up to 16.5 hours of talk time and ships out with Android Nougat out of the box. T-Mobile will be selling the phone with a black with magenta accents color scheme for:

Interested parites will be able to grab the phone from brick and mortar locations, as well as online starting November 17.