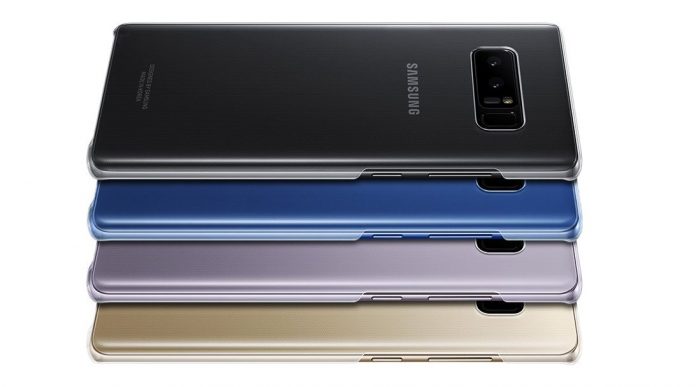 Samsung announced the Galaxy Note 8 just days ago, and already, we’re starting to see deals emerge. First, Samsung decided to give trade-in values for current and veteran smartphones. Next, Verizon and Sprint have already provided discount deals for the Galaxy Note 8, with both carriers offering up to 50% off the new Galaxy Note 8 with device trade-ins. AT&T has multiple deals, such as a $200 bill credit, a Gear S2 smartwatch for 99 cents or a Gear S3 for $49.99 with a two-year phone agreement, or $500 off a Samsung TV when you buy a Galaxy Note 8 and add DIRECTV.

Ultimately, you will have to purchase a second line each month (so there’s an added expense), but the price of the line over 24 months will be less than what you’d have to pay for a second Galaxy Note 8 (currently retailing for around $930-$960 at carriers, $930 at Samsung’s own website). Of course, Verizon and Sprint promo customers need only purchase the device and trade another in without adding a second line, so there’s that. For Galaxy Note 8 customers who’ve already pre-ordered, do not worry: you qualify for the T-Mobile Galaxy Note 8 BOGO deal, retroactively.

The Galaxy Note 8 is Samsung’s highest of its high-end, Android-powered devices for 2017, featuring a 6.3-inch, Quad HD+ (2,960 x 1,440p screen resolution) display with Corning Gorilla Glass 5 and an 18.5:9 aspect ratio, and Qualcomm’s octa-core Snapdragon 835 SoC. 64GB of internal storage with the 256GB-capable microSD card slot, along with IP68 water and dust resistance, USB Type-C charging, fast charging, wireless charging, and fast wireless charging carry over from the Galaxy Note 7 to this next-generation device. Samsung has enhanced the S Pen of the Galaxy Note 8, providing new pen features such as full sentence translation, currency conversion, and Live Message, all while bringing back old Galaxy Note 7 features such as Glance and Magnify.

Dual rear cameras appear on the Galaxy Note 8 for the first time in the series’ history, with two 12MP rear cameras with f/1.7 apertures, optical image stabilization (OIS), and Dual Pixel phase detection autofocus (PDAF). Samsung has added Dual OIS on both rear cameras, a first in the industry, along with features such as Live Focus and Dual Capture. And Samsung’s Bixby AI arrives in the Galaxy Note series with new Quick Commands that consist of a spoken word. Samsung has partnered with Hiya to bring Hiya Business Profiles and Hiya’s Smart Call service to the Galaxy Note 8 to contact businesses within Samsung’s phone app and highlight spam callers.

The Galaxy Note 8 is currently available for pre-order and is set for worldwide release on September 15th. T-Mobile customers, what do you think about the rumored Galaxy Note 8 BOGO deal? Pre-ordered already, or glad you waited until now?