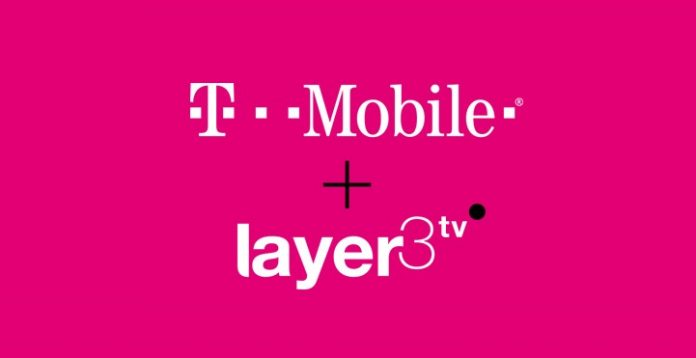 Cord cutting is accelerating at a pace faster than previously estimated. But despite the rising trend, T-Mobile just announced it will be launching its own TV service in 2018.

In order to make this happen, the Magenta carrier has acquired Layer3 TV – a startup which integrates TV, streaming and social networking into the packages it offers in five states.

T-Mobile aims to bring its “Uncarrier” campaign to TV the way it with wireless service and seeks to attract customers from other carriers by offering unlimited streaming and a one-size-fits-all plan for a flat monthly fee. T-Mobile’s CEO John Legere denounced competitors such as AT&T and Comcast for offering bundles with wireless, internet and video, which despite their lower rates force users to buy services like landlines they don’t actually need.

Interestingly, while the majority of the industry is trying to woo cost-conscious customers by offering affordable packages with fewer channels, Layer3 launched as a high-end TV service in metropolitan areas such as Washington or Chicago.

But even if T-Mobile didn’t offer any details on how much their new service will cost, we have to assume it’s going to be priced on the more affordable side. The carrier did specify the service will be part of a package, but will also give customers several options.

T-Mobile acquisition of Layer3 is the latest example of a wireless company going into the TV business. Last year, AT&T purchased Time Warner, although the deal is still the subject of a government lawsuit.

Yet the move comes at a strange time. People are ditching cable more than ever, so this is a big bet on T-Mobile part. However, if the carrier manages to create a compelling service, it could overhaul the entire TV industry.