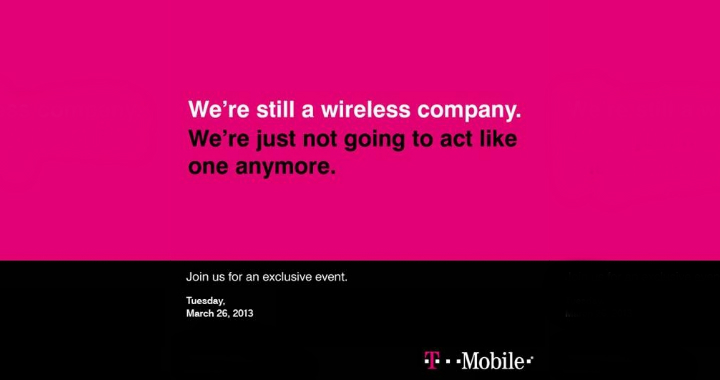 T-Mobile is hosting a press conference in New York on March 26 where they will supposedly stop acting like a wireless company. The invitation does little more than tease a new direction for the carrier; however, the most likely outcome will be the shelving of subsidy plans and move to a no-contract-only option.

Other rumors thrown in the mill as of late include creating a hybrid 4G LTE/42Mbps GSM network. Should that be the case, unlocked GSM phones and those intended for AT&T could potentially work (better) on the 1900Mhz band.

Whatever the case, we’ll be watching closely and will be happy to share the news as it happens.  Any guesses as to what T-Mobile is up to next week?