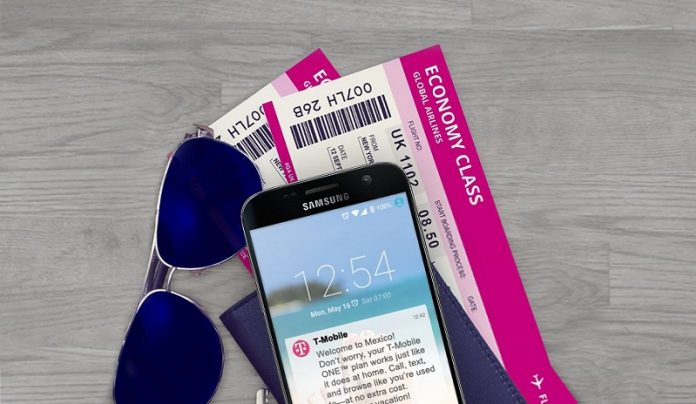 Summer is a popular time to take vacations. So in order to to make your holiday abroad even more enjoyable, T-Mobile this week announced it is updating its Simple Global plan to include 70 more countries and destinations.

Previously, T-Mobile users could take advantage of free international roaming in 140 territories around the world. Now that number has gone up to 210. Simple Global is included for free with T-Mobile ONE plans and offers free 2G unlimited data, unlimited SMS and low-priced calls ($0.25/min).

The plan also includes things like picture messaging, visual voicemail, and one hour of in-flight Wi-Fi on flights that feature Gogo.

T-Mobile also offers the option to upgrade to LTE data and unlimited calls. The newly announced International Data Pass costs only $5/day. In return, T-Mobile ONE subscribers will get 512MB of LTE, and unlimited text and talk for that day. T-Mobile says it will allow for a maximum of two passes to be purchased every 24 hours.

Compared to what rivals Verizon and AT&T charge for similar services, T-Mobile’s International Data Pass is available at half the price. 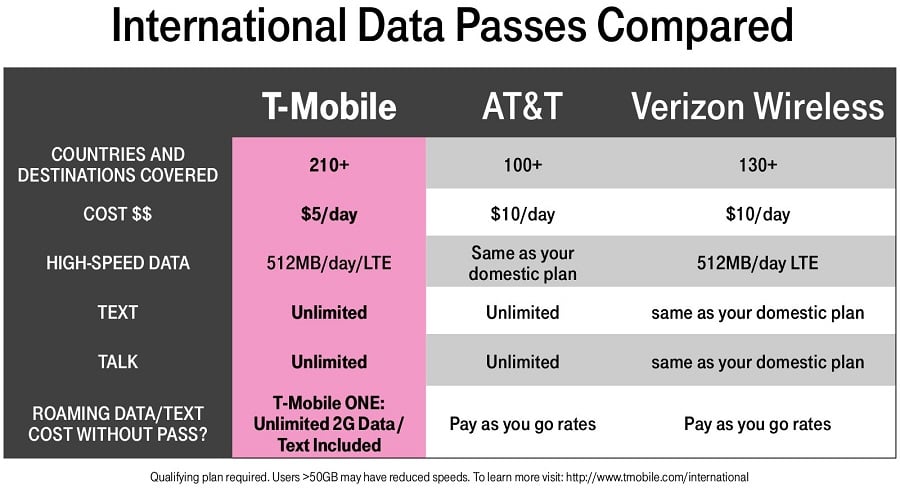 Speaking of which, the new daily pass will go into effect starting on August 1, 2018. What’s more, the new countries will get added to Simple Global on July 22. You’ll be able to see the complete list on the Simple Global website.

In related news, T-Mobile also recently announced a few deals for back to school. Yeah, we’re aware it’s only July, but maybe you’re looking to make a few purchases in advance.

The deals don’t stop here, so if you want to learn more, check our previous article on the subject.