T-Mobile is acknowledging the new school year with  some good deals for that new phone you’ve been eyeing.  Some of its inventory has already seen a price drop, so T-Mobile is hoping additional moolah off via a promo code will get you to make the jump.

To further entice you, T-Mobile is throwing in a free car charger.

Are you going to be picking up one of these hot deals and start off the school year right?  Keep in mind that you have only two days to decide. 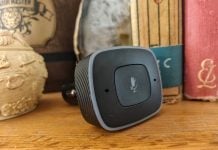 Back to school tech guide 2018