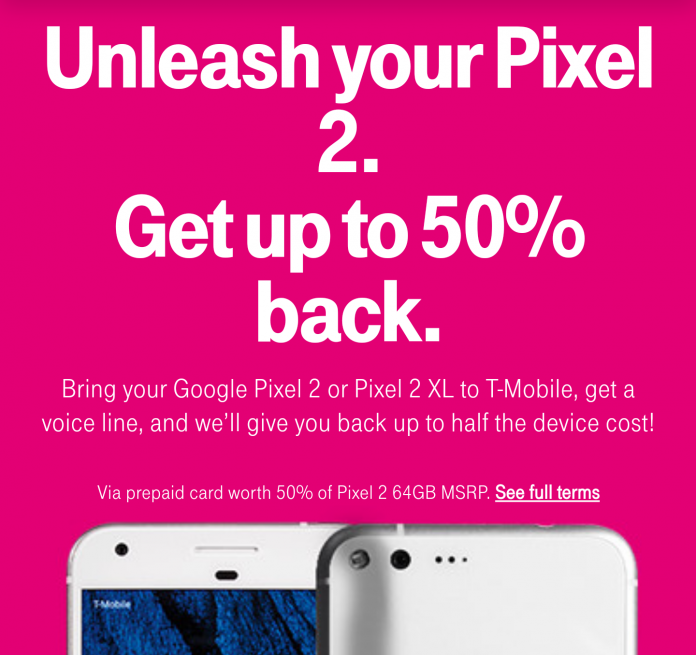 The Google Pixel 2 and Pixel 2 XL, like their predecessors, are Verizon exclusives in the US, and this is causing some consternation for some who were hoping to get the new Pixels on an installment plan with AT&T, Sprint, or T-Mobile. Google isn’t repenting of its Verizon exclusivity for its phone hardware. 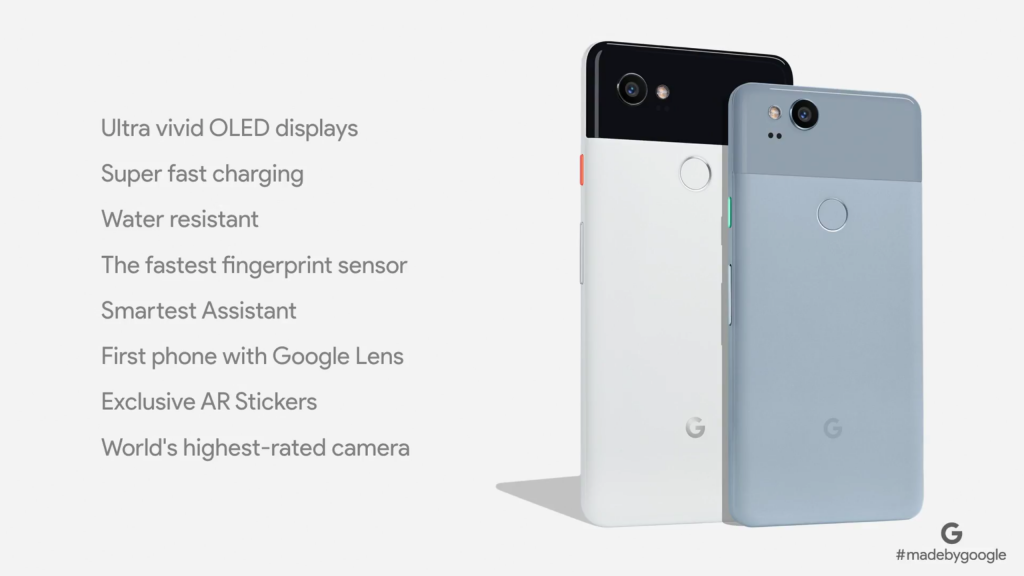 There is good news, however: right out of the gate after the Pixel 2 announcement, T-Mobile wants to do battle against Verizon once more. The UN-carrier has been working hard to combat Big Red’s dominance in the wireless carrier industry, boosting its LTE network speeds, offering deals (including free Netflix and the increase of unlimited throttling data from 32GB to 50GB per month), along with other goodies.

Verizon has been losing customers as a result, and it’s unlikely that the lost customers have been going to Sprint. Now, with all of T-Mobile’s damage done to Verizon, Magenta is back with another deal meant to strike fear into Verizon’s dominance. The new deal concerns the newly-announced Google Pixel 2 and Pixel 2 XL, and the deal is a new BYOD promo. 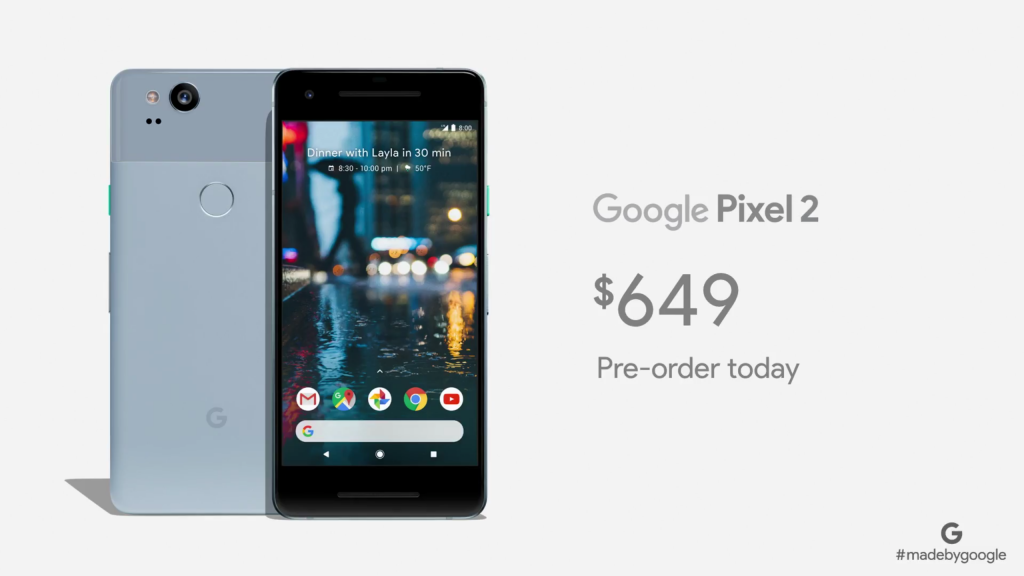 The discount ($325 off, half the price of the 5-inch Pixel 2) will arrive in the form of a MasterCard card. It could take up to eight weeks to receive your gift card in the mail, so you’ll have to wait a little while.

T-Mobile’s BYOD Pixel 2 promo is designed to educate buyers about Google’s Pixel 2 series. Despite Google’s carrier exclusivity with Verizon, the Pixel 2 and Pixel 2 XL are carrier unlocked out of the box – which means that buyers can take them to any of the major carriers, not just Verizon. The one downside to Verizon exclusivity for non-Verizon customers has been the lack of an installment plan when purchasing the Pixels, but T-Mobile is providing a solution to that problem with a $325 gift card in return for all buyer troubles. 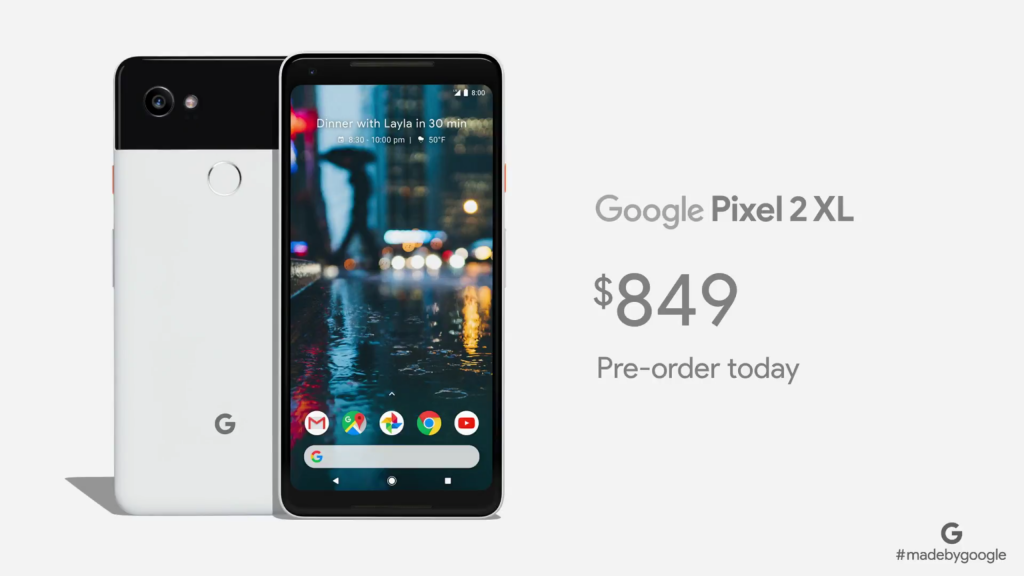 The Pixel 2 and Pixel 2 XL are the newest phones in the Made By Google program, featuring 5-inch (Pixel 2) and 6-inch (Pixel 2 XL) POLED displays, Always On Displays, the latest Qualcomm Snapdragon 835 SoC, 4GB of RAM, and 64/128GB storage configurations. Other features include IP67 water and dust resistance (finally, Google didn’t run out of time this year), a first for the Pixel lineup, super fast charging (another first), back-mounted fingerprint sensors (Pixel Imprint), an even smarter Google Assistant, Google Lens (akin to Samsung’s Bixby Vision), AR stickers, and the highest-rated rear camera on the market with an impressive score of 98. Google’s Pixel and Pixel XL received the high score of “89” last year and ended the year at the top of the Android camera competition.

The T-Mobile BYOD Pixel 2 promo is coming soon, though there’s no specified starting date. Keep in mind that you’ll have to register for this offer and add a qualified rate plan within 30 days of receiving your phone to qualify for this promotional offer.

Android users, who’s picking up the Pixel 2 and Pixel 2 XL with T-Mobile? Do you think the Verizon exclusivity plan should end, or are you fine with purchasing the Pixel 2 series outright?