Back in December, we heard that Samsung is working on 4G LTE version of the Samsung Galaxy S III, codenamed as the SGH-T999L. After that, things got pretty quiet for the Samsung and T-Mobile collabroration. Today, though, TmoNews released a screenshot telling us that the SGH-T999L is alive and well in T-Mobile’s system. 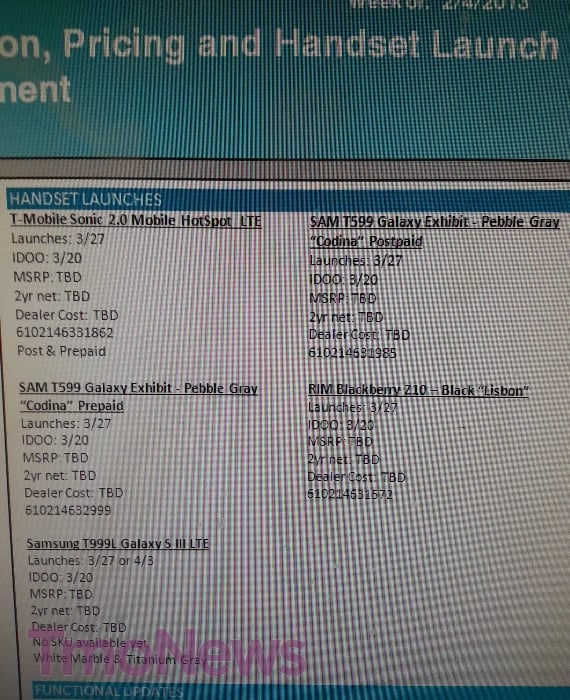 According to the photo, T-Mobile will release it on March 27th or April 3rd, though nothing is written in stone. Take it with a grain of salt, though we do figure to learn more soon.

What are your thoughts on a Galaxy S III LTE arriving in the spring when there’s a Galaxy S4 right around the corner? Worth the time and effort or too late?  Tell us about it in the comment box below.