T-Mobile on Thursday introduced a new option for its “Unlimited 55” plans for subscribers who are aged 55 or older. They’re much like the standard options available to customers, but about 40% cheaper per month.

The Unlimited 55 plans are available for single and two-line accounts, and include unlimited talk, text, and data. For those who have two lines on a plan, only one of the users need be aged 55 or older to qualify.

EDITOR NOTE: Updated to reflect the Essentials Unlimited 55 being the only new plan.

Standard features for the three plans include a dedicated customer service team and inclusion in T-Mobile Tuesdays. 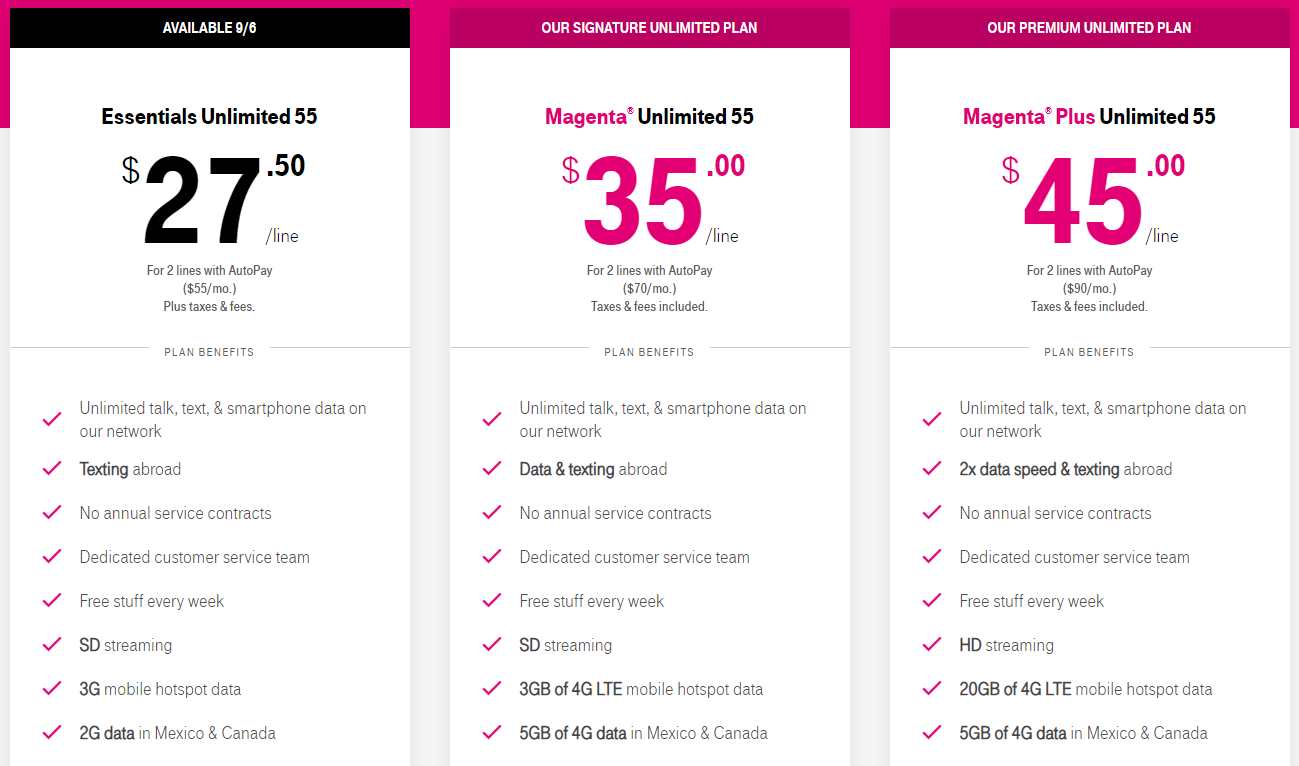 The newest member of the bunch, the Essentials Unlimited 55 costs $55 for two lines, or $27.50 each. A single line plan would be priced $40 per month.

Included in the plan are 3G hotspot speeds, roaming in Mexico and Canada at 2G data speeds, and texting abroad.

The Magenta Unlimited 55 runs $70 per month, or $35 each line. Seniors and boomers going it alone costs $50 per month. Taxes and fees are included in the monthly bill here.

For the money, mobile hotspots are boosted to 4G LTE for the first 3GB and data speeds in Mexico and Canada are at 4G LTE speeds for the first 5GB. International texting and data is also available. Additionally, customers get one hour of in-flight Wi-Fi per month.