T-Mobile is waging war on Verizon with an aggressive campaign christened #GetOutoftheRed. Basically Big Red subscribers are invited to switch to T-Mobile’s faster network while being allowed to hold on to their phone (only certain models are included in the promotion).

What’s more, the Magenta carrier is even offering to pay off the balance, regardless of whether you owe $1 or $1,000, if you sing up for the T-Mobile ONE plan and device protection. 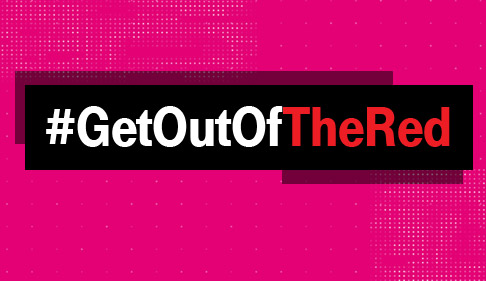 Verizon subscribers who own an iPhone 6 or newer or a Google Pixel or Pixel XL are eligible to join the promotion.

In the promotional video released this week, T-Mobile’s CEO John Legere makes a point in highlighting the fact that ever since Verizon introduced unlimited plans, networks speeds have declined by 14%. Comparatively, T-Mobile can now deliver 23% faster speeds than Verizon’s. What’s more, T-Mobile has updated its data cap after which it starts deprioritizing users to 32GB. At Verizon, subscribers can only go as far as 22GB each month. 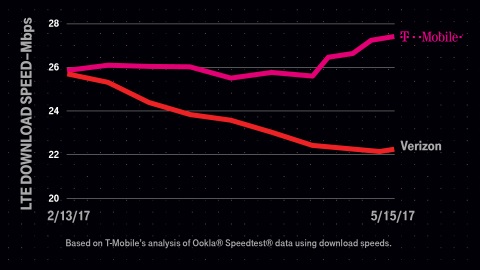 AT&T and Sprint subscribers haven’t been forgotten either, as they can use Carrier Freedom to switch over to the Magenta carrier. Once again, T-Mobile will help pay off customers’ phones via pre-paid Master Cards. The promotion starts on May 31.

Furthermore, T-Mobile announced ONE customers with at least two lines, can now get two extra lines of service for the price of one via bill credit. The carrier says this translates into $240 savings for a family of four.