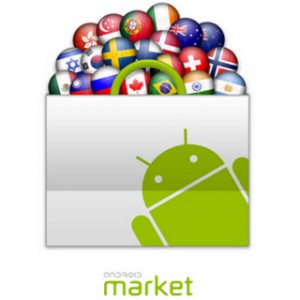 It would seem that Taiwan, like most Android users, disagrees heavily with Google’s 15-minute app refund policy. In fact, they have deemed it unlawful and have slapped Google with a hefty fine (US$345,500) for not complying with a June 4th request to revise their app sales and service provisions. You see, according to Taiwan’s Consumer Protection Act, all items purchased via the Web must include a free-trial period of at least seven days because consumers cannot feel or touch the goods before purchase.

Google ultimately responded in “take my ball home” fashion by removing the paid apps section from the Market for Taiwanese users. Taipei City Government says this move was an attempt to “coerce Taiwanese consumers into giving up their rights.” As of now, neither party has reversed their stance in the matter, and although Google is sending over “officials” to “continue talks,” Taipei city authorities have stated a second penalty could ensue, should Google’s stance remain unsatisfactory. Interestingly enough, Apple was given the same set of conditions but unlike Google, they complied (say what?!).

While I definitely share Taiwan’s disgust over Google’s 15-minute refund window, I also think seven days is a bit much when it comes to mobile applications. Seven days would allow most users enough time to play, beat and return just about any game they download, which doesn’t help developers trying to earn a living. Hopefully they can work out some sort of compromise that can protect both Taiwanese consumers along with the developers of paid applications. Otherwise, this is just another setback for Android and its users when it comes to a global marketplace.

So what are your thoughts? Do you agree with Taiwan’s hate for the 15-minute app refund window, or are you more in touch with Google’s attempt to help developers make money? Sound off in the comments, or on our Facebook Wall!