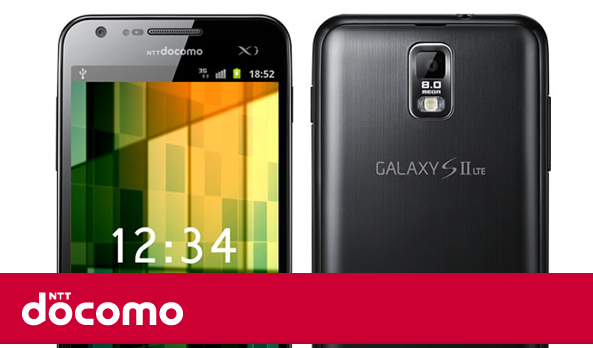 There is all sorts of fun going on at Mobile World Congress this year. TataTeleServices and Extent have partnered to give customers in India, access to the best Android games from around the world. Extent is making a name for itself with it’s Gametanium service, which just launched on Android phones and tablets. According to research, India is becoming quite the place for data-centric activities to include mobile gaming. With the all-you-eat subscription service allowing access to tons of fun titles, this should be a welcomed offering in India.

BARCELONA, Spain, Feb. 27, 2012 /PRNewswire/ — MWC 2012 – India has emerged as one of the fastest growing mobile game markets in the world. Projected to grow at a Compound Annual Growth Rate (CAGR) of over 70 percent during 2010-2013 according to a recent report[1] by global market research firm RNCOS, Indian gamers are now demanding more in terms of features and sophistication from their favorite mobile games. In an effort to satisfy this growing demand, Tata and Exent have partnered to bring the first mobile game subscription service to India.

A recent study[2] by Nielsen indicates that smartphone users in India spend more than 40 percent of total active time on data-centric activities. Seeking to capitalize on this usage, the new Tata mobile game offering built with Exent’s GameTanium™ is the first and only all-you-can-eat subscription service offering unlimited game play of the hottest games on Android. For the first time in India, millions of Tata customers will have unlimited access to the best Android games like ZENONIA®, Wave Blazer and EDGE. Featuring an ever-growing catalog of full-version games with no advertising, the highly curated GameTanium catalog is enhanced with editorial features such as ratings, reviews and an extensive collection of game trailers. The service can also be played even while offline for maximum flexibility.

“The emergence of sophisticated mobile devices at affordable prices and wider range of smartphones along with greater wireless mobile broadband penetration has led our customers to expect much more from their service beyond calling and texting. Android is believed to have a rich user interface that adds functionality to the device and increases the overall mobile experience, especially gaming,” said Mr. Sharad Arora, Head Mobility – Wireless Solutions, Tata Teleservices Limited. “By partnering with Exent, Tata DOCOMO customers can now enjoy unlimited mobile gaming with access to the top Android games from around the world.”

Exent powers the Games on Demand offerings for the world’s leading service providers.

By partnering with Exent, Tata wireless customers will benefit from GameTanium’s sophisticated content programming and cutting-edge technology platform, ensuring its extensive catalog of Android titles are optimized for mobile game play. GameTanium is the only Games on Demand service that allows operators to extend their brand, entertainment offerings and subscriber engagement to new screens like mobile and TV, increasing average revenue per user (ARPU) and strengthening brand loyalty and retention.

“We are very excited to partner with Tata. As one of the first telecom operators to launch 3G and other advanced services in India, they are truly at the forefront and share our commitment to delivering only the best to customers,” said Peter von Schlossberg, President of Exent. “Since the advent of smartphones, mobile game play continues to grow globally each year and by partnering with Tata, we are pleased to introduce GameTanium for the first time to users in India.”

The new Tata mobile game subscription service for Android devices will be offered under the Let’s Play brand name for a low monthly fee by sending the keyword ‘Play’ as an SMS to 53333 from Android mobile devices. A free 3-day trial of the service is also available.

Tata Teleservices Limited is one of India’s leading private telecom service providers, having a pan-India presence across all of India’s 22 telecom Circles. The company offers integrated telecom solutions to its customers under the unified brand name Tata DOCOMO and operates its wireless networks on GSM, CDMA and 3G technology platforms. Tata Teleservices Limited, along with Tata Teleservices (Maharashtra) Limited, operates in more than 450,000 towns and villages across the country, serving over 88 million subscribers. After its collaboration with Japan’s NTT DOCOMO in November 2008, Tata Teleservices launched 2G GSM services under the Tata DOCOMO brand name in all the 18 telecom Circles where it received spectrum from the Government of India, in June 2009. Since then, the Company has established a strong brand connect for Tata DOCOMO in India and has been at the forefront of redefining the telecom experience in India, launching innovative products and services that have impacted Indian consumer lifestyles. TTL is the clear market leader in the enterprise space as well, and has market leadership in many product lines, such as mobile broadband with the Photon family of wireless access devices. The company has also launched GSM services under the brand name T24, in partnership with Indian retail giant Future Group. TTL’s bouquet of telephony services includes mobile services, wireless desktop phones, public booth telephony and wireline services.