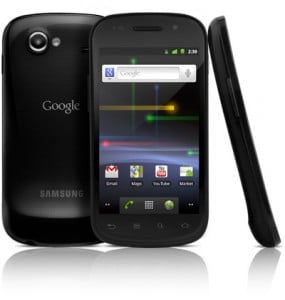 With the official release of Gingerbread, everyone is buzzing about the new Nexus S. TechCrunch has been fortunate enough to have already had the opportunity to play around with the Nexus S, and Gingerbread and let the world know what they think.

We’ve all heard the facts and figures about the Hummingbird processor, and the high-end AMOLED 400 x 800 resolution screen, so I won’t bore you with the details, but there are definitely some ups and, sadly, some downs to this great new Google Android phone.

The good?  Speed.  The Nexus S has better keyboard reaction, and not to mention the fastest Android processor on the market.  Both the rear and front-facing cameras work well, the apps all run flawlessly, and best of all, the phone didn’t come with any bloatware.

The not-so-good?  Yes, it’s thin and sleek, but it’s just that standard hard plastic case that the Samsung Galaxy offers.  Not that it’s bad per se, but not as great as the N1, and what else?  Music.  Google is not a music company, this we understand, but Android has made no improvements to music storage or implementation in Gingerbread, or the Nexus S.

In all?  TechCrunch says that current Android users will lust for this phone, but it’s not enough to make iOS users switch.

What do you guys think?  Was it worth the wait?

Looking back: A brief history of Google’s Nexus devices