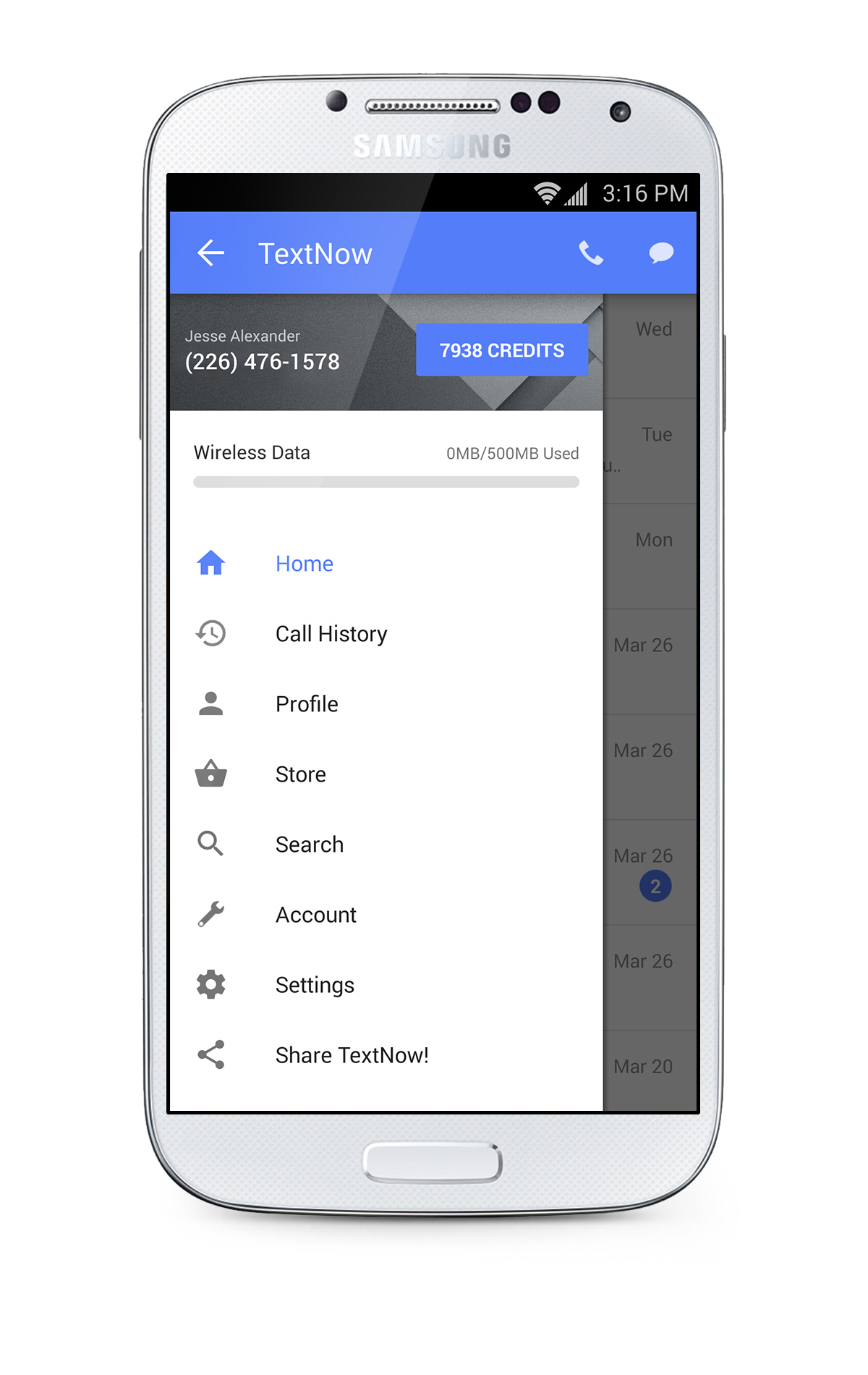 Mobile provider TextNow Wireless has announced today that all new no-contract plans come included with unlimited talk, text, and 2G data.  That’s right, all you’ll need to be concerned with is how much 3G/4G you need. With plans as low as $18.99/month, TextNow is positioning themselves as an attractive alternative to the “big” providers with lengthy commitments.

Piggybacking on the Sprint network means you’re covered by the footprint of a larger carrier when outside of WiFi. If the inexpensive rate plans weren’t enough to earn your attention, TextNow Wireless has announced the addition of the Moto X and Nexus 5 to their lineup of devices. Top-tier handsets and unlimited rate plans have certainly caused us at AndroidGuys to take notice.

Waterloo, Ontario & Los Angeles – April 30, 2015 – TextNow Wireless, the world’s first no contract, cloud based mobile phone service, today announced that every TextNow Wireless plan now comes with unlimited talk, text and 2G data – a money-saving benefit that will be automatically applied to both new and existing TextNow Wireless customers. Savings-friendly 3G and 4G data plans start at just $18.99 for 500MB of data. TextNow is also announcing the addition of the Nexus 5 for $249.99 and the Moto X for $149.99 (16GB) or $174.99 (32GB) to its suite of devices.

The average U.S. family spends well over $1,500 a year on phone service*, but with the new TextNow Wireless plans, families now have access to premium quality voice, text and data service plans for under $20 per month, per line.

“At TextNow Wireless, our goal has always been to provide the best and most affordable wireless experience for everyone,” said Derek Ting, CEO and co-founder of TextNow Wireless. “ We’re making our new unlimited plans available not only to new customers, but also existing ones as a reflection of our commitment to increase and enhance services, while simultaneously saving money for our customers.”

Offering a supersized suite of features combined with serious savings, TextNow Wireless delivers quality and value in several unique and creative ways. TextNow Wireless piggybacks on Sprint’s network for a wireless connection in the absence of WiFi, so you can use a TextNow-powered phone wherever Sprint has coverage. One standout feature is its ability to seamlessly switch between WiFi and the traditional carrier network, maximizing savings while ensuring quality coverage.

The cloud based phone service also empowers users to take their numbers from their phones, to their computers, to their tablets through its app. One number can be used across all platforms, while still maintaining crystal clear quality. Additionally, TextNow Wireless offers unprecedented value with a no-contract commitment and delivers visual voicemail, picture messages, web calling, and unlimited calls for no extra cost.

Staying true to its reputation of providing top quality service without the cost or restrictions associated with overpriced wireless contracts, TextNow will be grandfathering in all current customers so they will automatically gain access to these new unlimited plans: no changes or updates necessary.

TextNow Wireless uses a hybrid model of WiFi and traditional phone service to offer premium quality mobile service at affordable prices. With TextNow Wireless, customers receive all of the benefits of a traditional mobile   carrier without the contracts, high costs or hidden fees. Plans begin at under $20/month including unlimited voice, text and 2G data services with no contracts. TextNow first made a name for itself with the TextNow texting and calling app, which launched in 2009 and has since amassed more than 58M downloads globally.  For more information, visit www.textnow.com.