As we head into the last half of 2015, we have to look back and say that the slew of Android phones that have been released thus far have simply failed to impress. We have seen slight improvements when we needed drastic redesigns. So far, the best Android phone of 2015 just is not good enough.

We only have a few Android phones left to be released this year. Samsung will debut their new phablets in August, Google will unveil the new Nexus phones, and Sony may release the Z5 (or whatever it is going to be called). Unfortunately, only one of these companies has what it takes to release a phone that provides the features everyone wants.[spacer color=”264C84″ icon=”fa-android”] 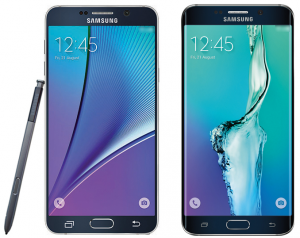 Rumors are that Samsung is going to show off its new Note 5 along withe the S6 Edge+. While Samsung’s Note line has normally been targeted towards power users, it appears that many favorite features may be disappearing from the Note 5.

It has been rumored that the Note 5 may not come with a replaceable battery or expandable storage which are two features that long-term Note users have come to know and love. If the S6 Edge+ is merely a larger version of the S6 Edge, it is also not likely to include these features either.

Sony disappointed many fans earlier this year when they released the Z4, or Z3+, or Z3v, or whatever you want call it. Many were expecting a drastic redesign but instead got a Z3 with upgraded internals. Even worse than that, the Z3+ is prone to overheating which makes it difficult to use for a long period of time. Unless Sony decides to bring a major change to their Android phones, I am afraid the Z5 will suffer a similar fate.

With this in mind, the phone (or phones) that has the ability to become the best phone of 2015 is the new Nexus. So far, rumors are suggesting that there will be two different Nexus phones this year with different screen sizes.

One will be a smaller Nexus made by LG that is said to be reminiscent of the beloved Nexus 5. The other will the a larger phablet that is to be manufactured by Huawei and appeal to the lovers of the Nexus 6. This is already promising because it appeals to users who prefer large screen phones and small screen phones. 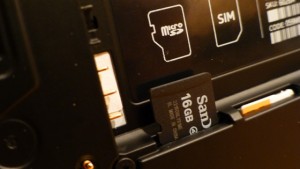 Android M gives hope that the 2015 Nexus phones will also include features that are slowly going away. Android M comes with native support for microSD cards which means that the Nexus phones may come with expandable storage for the first time in a long time.

Also, LG and Huawei have included expandable storage in their flagships this year which will hopefully translate into their Nexus devices, too. Unless Google plans on increasing the base storage of their Nexus line, I feel that microSD support is the only option to allow users more storage while also keeping prices lower.

Android M also has native support for fingerprint identification, which means that the 2015 Nexus phones may come with fingerprint scanners also for the first time. With Android Pay also debuting with Android M, it gives Google more of an incentive to include this feature in their Nexus phones to make mobile payments easier and more secure.

Since Nexus phones were originally built for developers, I believe that Google will include a fingerprint scanner to demonstrate how Android M handles fingerprint identification and how it works with mobile payments.

Improvements on the Past

The Nexus 6 debuted with a 2K screen, and I believe that Google will continue with this decision. With the larger screen on the rumored Huawei Nexus, a 2K display would make for a wonderful viewing experience. However, the smaller screen on the LG Nexus probably does not need 2K resolution and should be kept at 1080p for the sake of battery life. The screens on recent flagships from LG and Huawei are gorgeous, and I believe we can expect to see a great screen on the 2015 Nexuses. 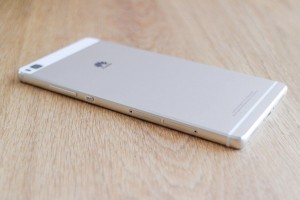 Battery life is another feature that I think Google will prioritize with its 2015 Nexus phones. Google has consistently tried to improve battery life throughout Android iterations, and Android M is supposed to be the most battery efficient of all.

Also, battery life has been one of the biggest complaints with past Nexus devices. Android M has seemed to improve on past complaints about Android, and I am confident that Google is aiming to fix complaints that users have been expressing.

There is no solid evidence to suggest improved battery life on the 2015 Nexus phones, but Google’s continued attempts to improve on Android’s weaknesses make me confident that these Nexus devices will have the best battery life yet.

One of the other big complaints of past Nexus devices has been the lackluster camera performance. I fully expect the 2015 Nexus phones to ship with cameras than can hold their own against players like Samsung. I doubt they will ship with best in class cameras, but they should have cameras that can compete and take high quality photos.

Just like with battery performance, Google is really focusing on fine tuning Android, and I feel like this will continue into fine tuning the Nexus devices. Plus, the LG put work into creating a great camera in the G4 which gives me hope that they will not skimp on the camera if LG is actually manufacturing a 2015 Nexus. 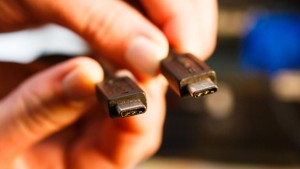 Google is a big supporter of the USB Type-C standard, which was made prevalent when they released the Chromebook Pixel 2 with a Type-C charger. I believe that Google will put this new technology in their 2015 Nexus phones in an attempt to futureproof their devices.

While this will mean no Quick Charge compatibility, I also believe that both devices will come with the ability to charge wirelessly. Since the Nexus 6 came with wireless charging compatibility, I see no reason for Google to go backwards in their charging technology.

Huawei is also know for delivering devices with fantastic specs at low prices, and it makes sense for them to continue that trend if they build a Nexus phone this year. Google got some backlash for pricing the Nexus 6 so much higher than previous Nexus devices, and I believe that they will attempt to make the 2015 Nexuses more affordable.[spacer color=”264C84″ icon=”fa-android”]

Android phones have been around for over 7 years now, and in that time we should have gotten these basic problems solved and features added. We should not have to worry about our phones lasting a whole day or becoming buggy and full of lag after several months of use. It is 2015, and we have still not seen a phone that ticks every box on consumers’ checklists.

It will not be known if the features rumored, or hoped for, in this article are actual fact until the phones are officially announced. However, these are the features I believe Google can and needs to put in its 2015 Nexuses to take the smartphone crown this year. While we may still not see the “perfect” phone, the new Nexuses are our best and last hope for 2015.