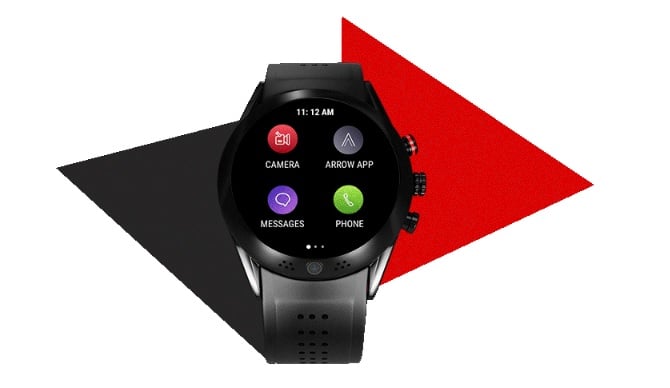 Smartwatch manufacturers are still having a hard time attracting customers towards the niche, but some still believe a market for intelligent timepieces exists.

It’s the case of Lost Angeles-based startup Arrow which has successfully funded a smartwatch on Indiegogo. The product is called the Arrow smartwatch and interestingly, comes including a 360 rotating HD camera.

There aren’t many smartwatches out there that come with a camera on board which lives in the rotating bezel, so the Arrow has a certain unique appeal to it.

The rotating 5-megapixel HD 1080p camera allows users to twist and shoot photos and videos in any direction, which in theory sounds double. However, it remains to be seen how the whole taking photos with your smartwatch experience would feel like for a user in real life.

The watch also allows owners to edit (with filters) and share their photos and video directly from the Arrow smartwatch.

Anyway, if you’re wondering about specs, the Arrow features a case size of 50mm and a round OLED 1.39-inch screen with 400 x 400 resolution. Power comes from a MediaTek MTK6480 quad-core processor clocked at 1.39GHz in combination with 768MB of RAM and 8GB of internal storage.

On top of that, the Arrow offers built-in GPS, a gyroscope, and accelerometer and relies on a 400 mAh battery with wireless charging which should last 1-2 days of mixed used on a single charge.

Like most smartwatches out there, the Arrow is capable of relaying notification for phone calls, text messages, email, calendar and more. You can also take phone calls on the wearable which also incorporates a speaker and a microphone. 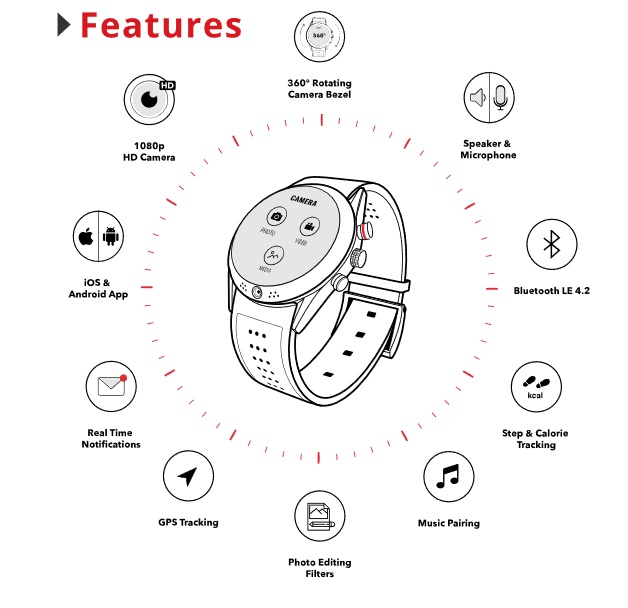 It can also play tracks from your music library which users are required to upload in the Arrow’s internal memory. You can also sync, stream and control your favorite music app from your wrist. 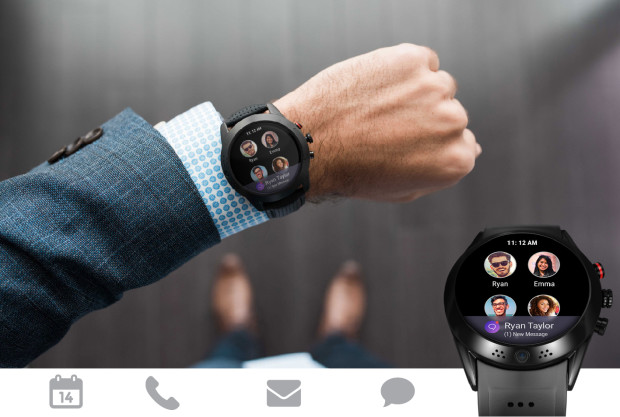 Naturally, the Arrow can be used as a fitness companion as well to track steps, speed, distance, route, and calories. The Arrow App fitness tracker app which is available for iOS and Android can display daily, weekly and monthly results and also allows users to set fitness goals. 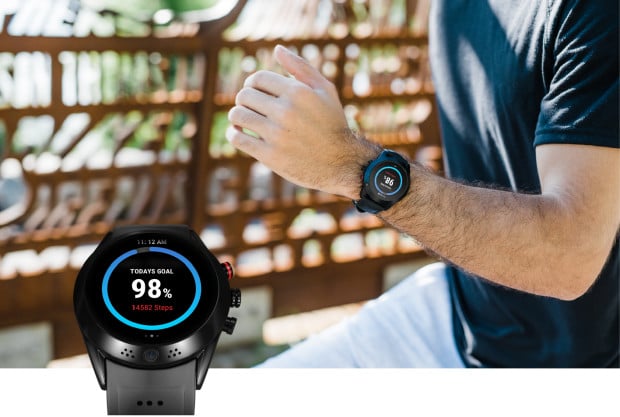 If you think the Arrow is the smartwatch you’ve been looking for all of this time, then you can head on to Indiegogo and make a pledge. You can get the Arrow smartwatch + charger + silicone band for $149. A Silicone Band Kit which includes a Black, White and Red strap is available for $15. A Leather Band Kit (includes Black or Black with Red Stitching straps) is available for $20.