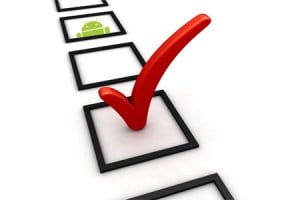 Android has become an increasingly active platform over the past year or so and 2010 promises to be its best year yet, but who is using the Android platform? Who is the average Android user? I asked the Android community to complete my short survey and they responded.

So what has the survey shown? The average age of an Android user is 32 Â½ with over 50% of responses to my Android User Survey aged 30 or over. Another statistic shows that 94% are male which begs the question, is Android out of reach for female users or do they just hate filling in surveys? 69% of Android users are from the US with 19% from Europe. Perhaps one of the most revealing stats is that 35% are using the G1 but there are already 24% using Droid/Milestone. This shows how quickly good Android devices get taken up. Who knows what the stats will be once the Nexus One gets into peopleâ€™s hands. The survey also showed that 61% of users buy apps from the Android Market which shows that people are willing to spend money if the app is good enough. The average Android user spends around $5.30 a month on apps.

So the average Android user is 32 Â½ years old, male and lives in the US. They buy apps from the market and spend over $5 a month on them. They will probably use the G1 as their main Android device.

So there you have it, now you know what to expect from an Android user. This survey was a great success and I want to thank everyone who completed it. Now the big question is would a more comprehensive survey be of use to anyone? Would it be helpful to know more about the average Android user? Please leave any suggestions or questions.

To see all the stats visit my blog http://darrenrichie.blogspot.com for a more comprehensive breakdown of the survey.