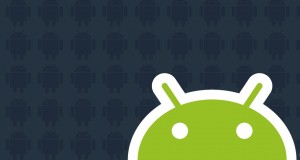 Android has demonstrated itself to be a truly revolutionary OS in a very short period of time. So many things about the operating system set it apart from its peers. In large part it represents the perfect blend between good olâ€™ fashioned Microsoft utility and the pristine glisten of Apple bling. But for all of the awesome things weâ€™ve seen come to fruition on this adolescent platform, there remains a lot to be done.

One of the features that most excited me about the platform when I was first learning about it was the concept of intents. By using intents programs could announce what they want to accomplish and itâ€™s up to the user to decide which program they want to use to accomplish it. Some applications have done this very well while others have left us wanting.

One of the problems comes down to being overly individualistic. Too many developers and companies have been more interested in expressing themselves in how an application should look and function than in contributing to an approachable ecosystem. One of the things that has made Apple so ridiculously successful over the past several years has been its militant attitude towards standardization and consistency. When you use stuff on an Apple device you know what youâ€™re getting, and as much as we all love the openness and latitude (no pun intended) that Android affords us, the fact is that people like to know what theyâ€™re getting. People like it when they are using a device and not just a bunch of apps. They want things to flow and fit in.

I wouldnâ€™t necessarily expect a platform as young as Android to have really settled down yet, but it needs to happen sometime and if we want to really start to move in on the market we need to be more interested in providing consumers what they want rather than what we as developers may think is cool when it comes to look and feel. At this stage, for the sake of the whole ecosystem, letâ€™s sacrifice a little individuality for mass-market buy in. Hey, the more folks we have buying in to the platform as a whole, the more customers and opportunities for innovation weâ€™ll all have.