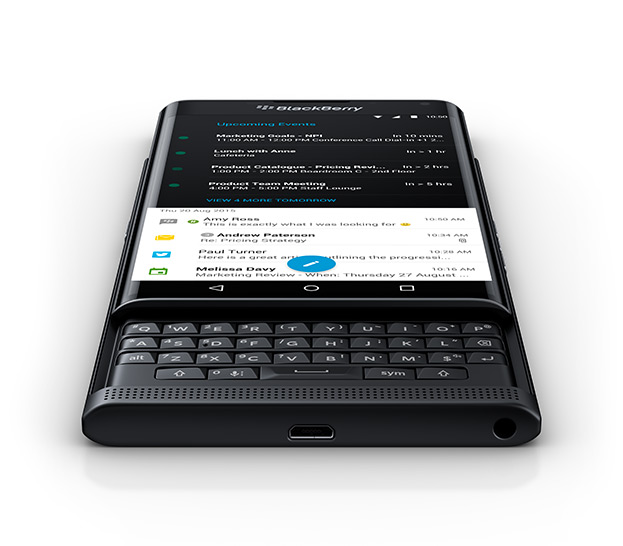 Blackberry fans rejoice! The first Android device from the resurgent smartphone manufacturer, the Priv will soon be released on more American carriers. Since its launch it has only been available on AT&T or straight from Blackberry, but by the end of March, you’ll be able to pick it up on the other three major carriers in the United States.

Leaks targeted the launch on T-Mobile for January 26, and it looks like they were right. The Priv will launch on January 26 for T-Mobile and Sprint customers and Verizon customers will have to wait a little longer, until the end of March. If you’re reading this from the UK, you can head over to Vodaphone and pick one up right now.

The hype around the Priv has been real since its launch. One of the only Android devices on the market with a physical keyboard, the Priv, which is short for Privacy, focusses on the features that made the company popular among businessmen and woman in the late 90s and early 2000s. The DTEK security system allows users to take control of their privacy by letting them choose what apps have access to things like the microphone and camera and what data is being sent from the phone.

The Blackberry Priv has also gotten high marks for the integrated messaging hub, huge battery and beautiful screen. Will you be picking up a Blackberry Priv when it hits your carrier? Let us know down in the comments what you think of this announcement.