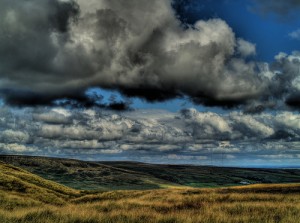 I count myself incredibly fortunate and blessed to have been at the heart of a perfect tech storm in the early 90’s.Â  I was a data entry clerk when someone asked me if I knew anything about data networks, I replied that I did not.Â  “Do you want to?” I was asked.Â  I said, “Sure.”Â  So a stack of red books were plopped on my desk and I found myself on the front-end of a LAN-revolution.Â  The 90’s were pretty good to me.

The company I hitched my horse to back then was Novell.Â  It was run by a gentleman named Eric Schmidt. Yep, same guy who is now the CEO of Google.Â He took Novell to places it hadn’t seen before his arrival and we are seeing much the same with Google.Â  When he got there it was google.com and not much else.

I was in the right place connected to the right technology headed by a man named Eric Schmidt in the 90’s and I am feeling deja-vu all over again.Â  Can you feel the storm brewing?Â  I can.Â  The G1 was a great start, but it was just that – a start.Â T-Mobile was a wonderful launching point, but it wasn’t the last blast.Â  More handsets are coming, more carriers as well.Â  SoonÂ  people will start to know what Android is without us having to explain it.

The next step is going to be taking the platform mainstream.Â  Removing it, symbolically speaking, from the mindsets of the techno-geeks (of which I am a proud card-carrying member) and infiltrating the minds of average Joe and Jane.Â  It’s a subtle transition but a necessary one for the perfect storm to come to fruition.

How does Google get there?Â  I have no idea.Â  I imagine if I did, it would be my name on the door at Google headquarters and not Eric Schmidt’s.Â  What I do know is that I was the fortunate recipient of a Schmidt led storm before and I have a feeling another one is coming.

Picture for me if you will a weathered old cowboy, spitting tobacco, hiding under his stetson.Â  It’s dusk, the wind is blowing, a coyote howls somewhere in the distance.Â  The town folk gather around the old man; moms are holding their kids close.Â  Everyone inching closer, anxious to hear the pearls of wisdom they expect him to dispense. Â  He slowly moves his head, looking up at the sky.Â  Then just as slowly he lowers it.Â  He proclaims in what is a soft whisper but somehow booming voice, “Yup, *spit* I can feel the storm a’brewing.Â  My knee has only felt like this once before and I can tell yas fer sure.Â  A storm’s a’brewing *spit*“

I hereby declare that I am officially hitching my horse to the Google post today.Â  I’m bracing myself and am very excited for what I expect to be another fantastic ride.Â  You’re coming too, aren’t you?