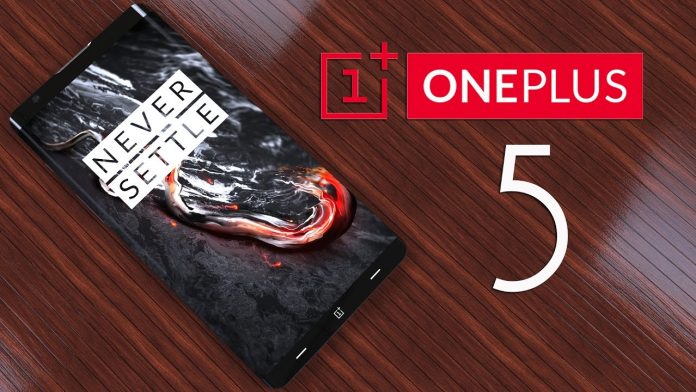 2016 was a big year for OnePlus. We saw two iterations come to market within 5 months of each other; the OnePlus 3 and the OnePlus 3T.

Both phones offered incredible bang for your buck in not only the looks department, but also spec department too. We even went on record to say that, and I quote:

“The OnePlus 3T was the closest thing to an iPhone in 2016, not the Pixel“

So, it comes with great excitement and anticipation that we are able to inform you that OnePlus has exclusively confirmed via The Verge that their next “flagship” offering will be arriving this summer, the OnePlus 5. 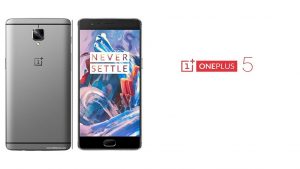 I feel it’s important to say at this point that nothing has been 100% confirmed as yet regarding specs and even the price point is a speculative one but, I will share with you what the rumor mill has so far been able to ascertain in regards to this potential giant killer.

Below is a render of what we call an ” About Phone ” screen, basically it’s the bit you go to on your phone that tells you how much memory you have used or your current operating system number; stuff like that. This render has apparently come directly from a OnePlus 5. 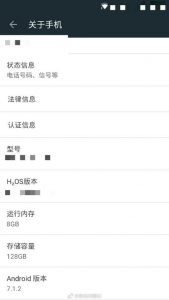 It’s clear by looking at the render this it’s a Chinese variant due to the Hydrogen OS (and the Chinese writing) but that aside, the fact it’s showing 8GB of ram is definitely enough to raise a rye smile and 128GB of storage twinned with the Android 7.1.2 means it could be pretty much be coming out of the box packing one hell of a punch.

Previous rumors have also indicated that the OnePlus 5 will be powered by a Snapdragon 835 processor, a gloriously powerful 2600mAh battery and will of course come packing a Quad HD display. As in another render pictured below we can see a further possible spec breakdown of the device, inclusive of an again speculative price point. 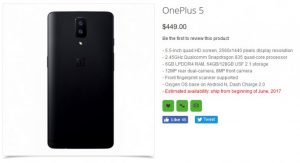 A couple of things jump out here: a 12MP dual-lens rear-facing camera and an 8MP front-facing selfie cam, and the usage of UFS 2.1 storage for more prevalent multitasking.

With the internet awash with all this speculation it’s only a matter of time before OnePlus drop the bomb and we all start obsessing about getting our hands on it, but until then I shall depart leaving you with a little sprinkle of knowledge to see you through the weekend that I do know is a hard fact about this device.

The phone is going to be called the OnePlus 5 and not the OnePlus 4 because the number four is considered unlucky in China, now, don’t say I never give you anything.