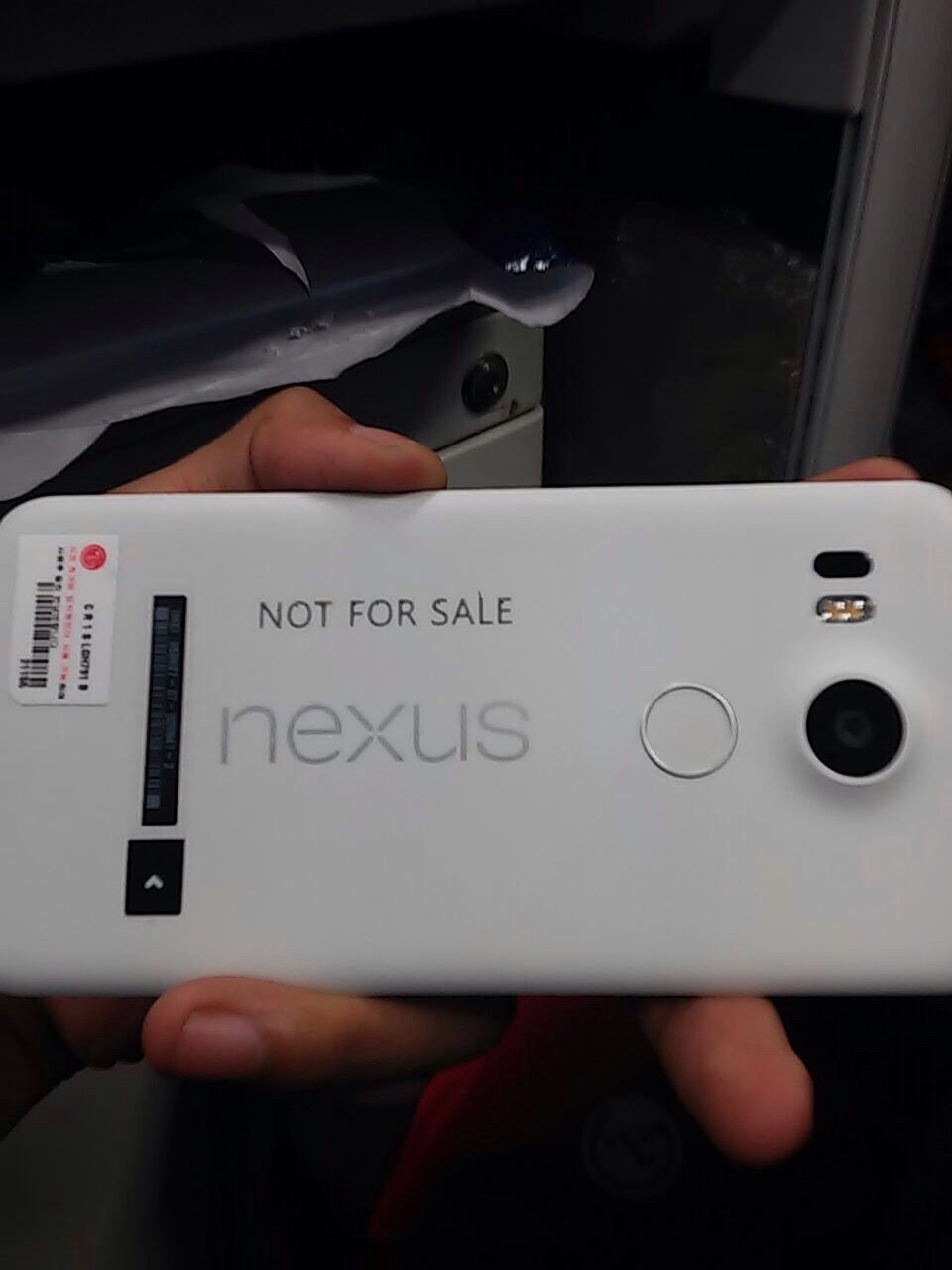 The LG Nexus 5 (2015) is one of the most anticipated phones of the year; its specs have leaked, we’ve seen renders based on specs provided to case manufactures, and now we’re seeing what could be the first pictures of the newest Nexus 5. The pictures first showed up on a Google+ community, the Google Nexus Community Indonesia, by a poster that only posted a photo with no additional information. 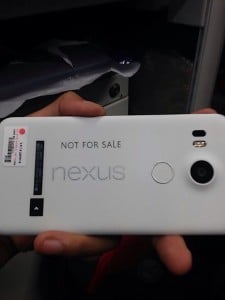 On the back of the phone we get a clear view of a few things and the first thing that stands out is the “NOT FOR SALE” imprint on the phone. Most beta units are covered up in cases or imprinted with such a message to prevent leaks and sales of the units. We see a sticker on the left with the LG logo indicating that this is the LG Nexus 5 not the rumored successor to the Nexus 6 made by Huawei.  Moving up the phone we see whats been rumored to be a fingerprint sensor just below the camera. The camera protrudes from the body as has been the trend recently so we can infer that the new Nexus will be pretty thin like the iPhone 6 and Samsung Galaxy S6. Next to the camera sensor we see a flash and laser auto focus.

Other leaks have pointed to the Nexus 5 having a USB Type C connector, a 5.2″ QHD screen and two front facing speakers. Previously our best look at the new Nexus had been some renders leaked by OnLeaks and uSwitch that were based on information provided to third parties for cases.

What do you think of the upcoming Nexus? Will you be getting it? Do you favor it to the rumored 5.7″ Huawai nexus 6? Let us know in the comments.

Source: AndroidCentral via Google+ and AusDroid