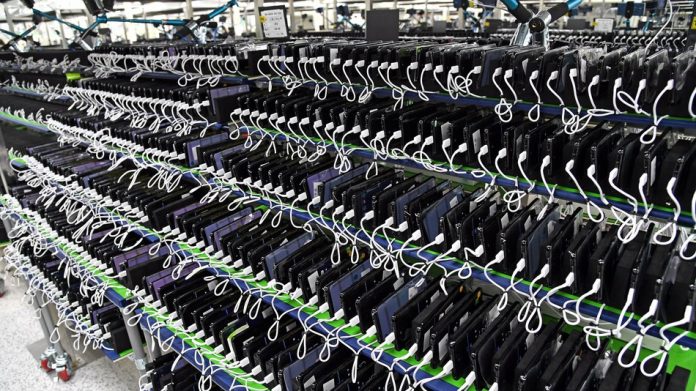 After the Galaxy Note7 debacle, Samsung was forced to recall millions of potentially dangerous phablets. But what did Samsung do with all these left-over phones, you might be wondering? Did the company end up destroying them? No, not by a long shot.

The company has come up with a plan to recycle Note7 devices. The process consists of three parts: extracting salvageable parts, taking out the metal parts with the help of eco-friendly partner companies and selling refurbished devices “where applicable”. But Samsung has also saved a batch of Note7 units to use for its own purposes in one of its factories.

Samsung welcomed a host of journalists into their factory in Gumi, South Korea, so they could witness the company’s new 8-point battery check for the new Galaxy S8 firsthand. During the tour it was discovered that Samsung was using Note7 phablets in the factory as monitoring cameras supervising the devices that went through one of the steps of the 8-point battery check.

It appears these Note7 units have been outfitted with a smaller capacity battery. Given that the Note7 units are constantly charged, this precaution has been taken in order to eliminate the risk of explosion. It’s very possible, the Korean tech giant will also opt to put smaller batteries inside the refurbished units it plans to sell in select markets.

A few months ago we reported Samsung was seeking ways to limit the Note7’s environmental impact. Well it seems that the Korean company has found ways around leaving a huge environmental footprint.