The leaking of Samsung’s newest Galaxy phones has increased to an annoying rate leading up to this moment. Yes, the Galaxy S7 and S7 Edge are finally a official (thank goodness). Now, I think it’s no surprise that this refresh is way more evolutionary rather than revolutionary, but that doesn’t mean it’s not interesting. Samsung still has some tricks up its sleeve. Let’s run through it! 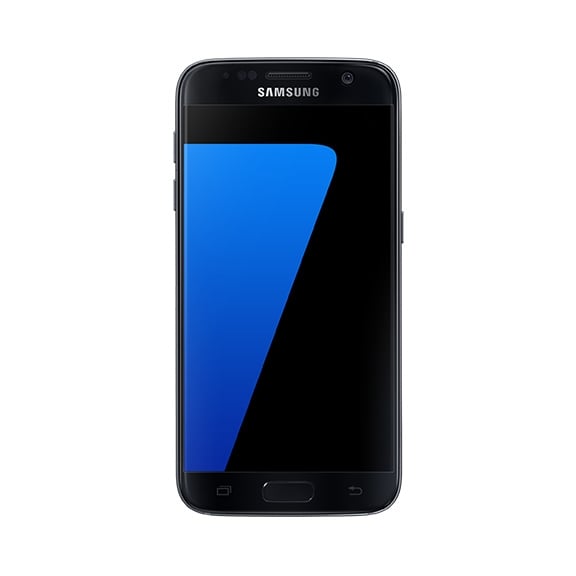 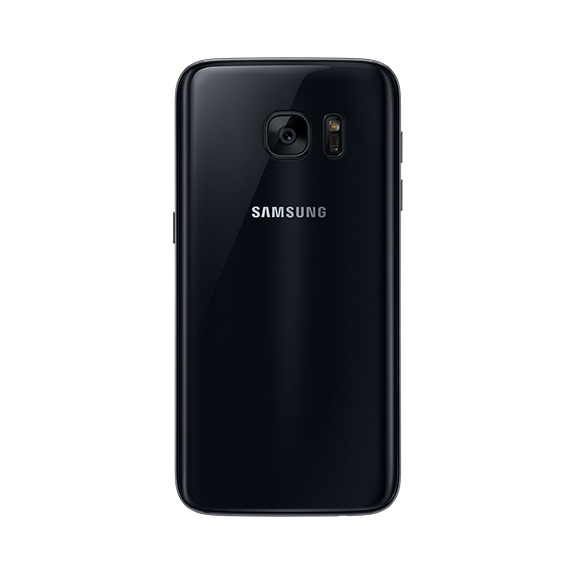 So we’ve heard that the standard S7 and the edgy one were gonna differ in screen sizes, and this did turn out to be the case. The Galaxy S7 will remain with the same 5.1″ screen size as its predecessor. Here are the main specs:

Unlike the Galaxy S6, Samsung renewed its partnership with Qualcomm and stuffed the cutting-edge Snapdragon 820 SoC under the hood (instead of Samsung’s home-brewed Exynos chipset). Coupled with 4GB of DDR4 RAM, we have all the beastly power you’d want. More power but cooler device, due to a new internal cooling system.

Despite being the same size as the Galaxy S6, Samsung managed to boost the battery capacity to match the Note5‘s 3,000mAh. That’s great, because poor battery life was a common complaint among S6 users. On the other hand, the primary camera had a reduction in megapixel count. But don’t despair, it’s not all about megapixels. And we now have a smaller camera hump.

Samsung put a large focus in low-light performance, with a f/1.7 aperture lens. That is also supplemented by larger pixels (30% larger than the iPhone 6S Plus), to let in more light. Auto-focusing speed also got a big boost. Samsung says the camera module has Dual Pixel, which utilizes all of the camera’s pixels for focusing (essentially gives the camera two eyes to help resolve the focus). 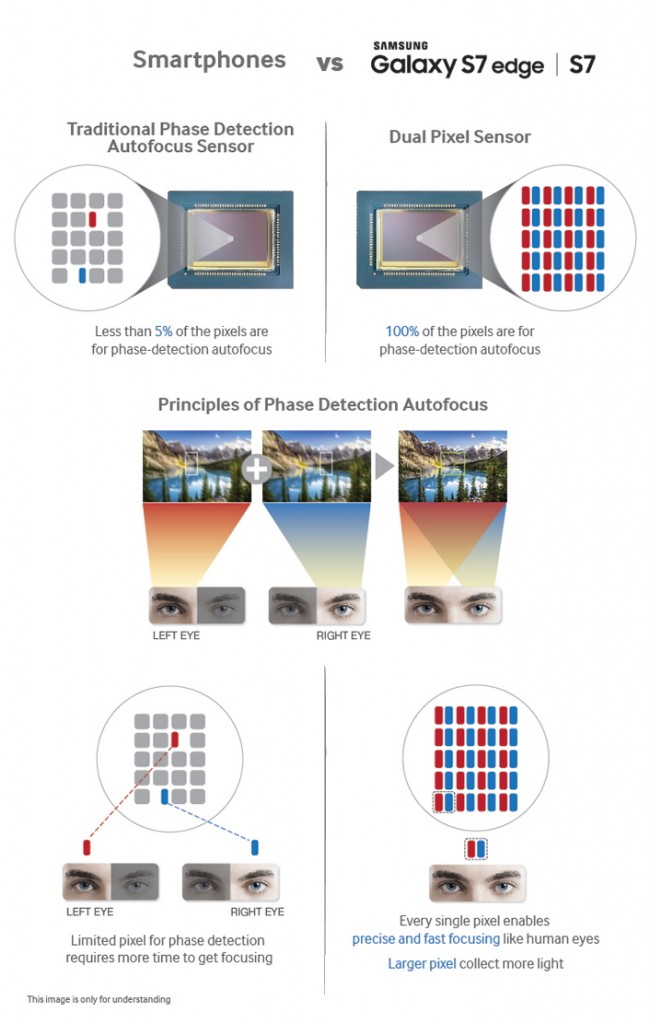 Another criticism over last year’s model was the exclusion of the microSD expansion. Fortunately, Samsung listened and threw it back in. Additionally, water resistance makes a return as well (introduced on the Galaxy S5, but dropped on the S6); a IP68 rating claims 30 minutes submerged in 1.5 meters of water. It looks like Samsung is trying to make amends with users that it had let down last year.

Something new is Samsung joining the Always-On Display club, so that you can always see your valuable notifications without touching your phone. Battery life will be minimally impacted due to the efficient AMOLED technology. 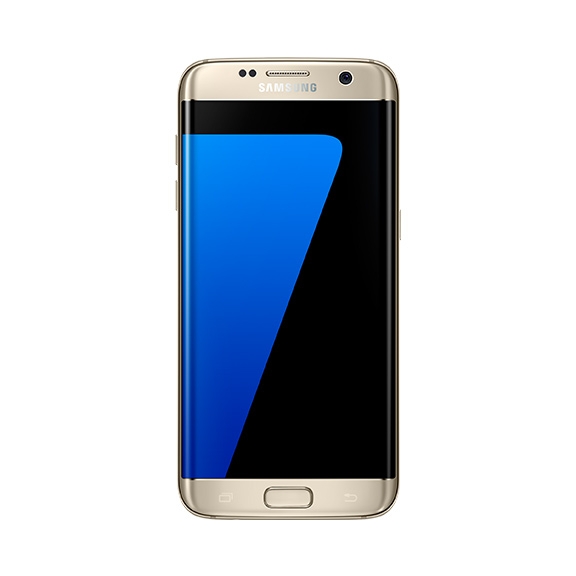 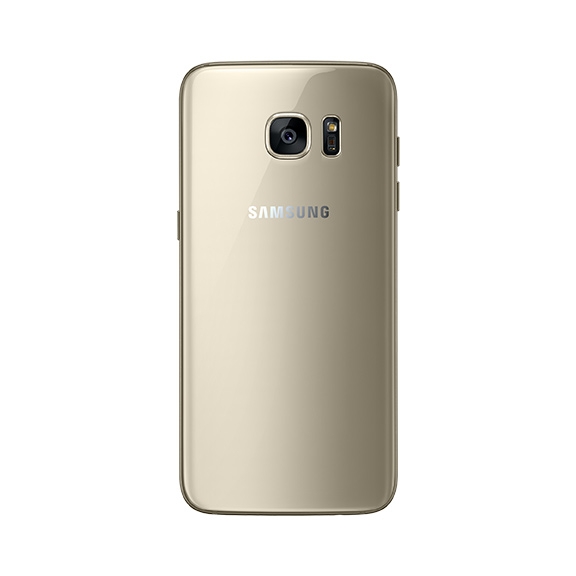 You can probably guess that most of the specs from the vanilla Galaxy S7 will apply to the S7 Edge. The biggest difference (aside from those sexy curved edges) is the larger stature. The screen on the S7 Edge is a significant 0.4″ larger, at 5.5″. It now bridges the gap pretty well between the Galaxy S and Note lines (which leads to assume that there won’t be a S7 Edge+ this time around).

But the larger display isn’t the only goodie you’ll get if you spring for the S7 Edge. The extra space allowed for a considerably larger 3,600mAh battery (compared to the 3,000mAh capacity in the standard Galaxy S7). That may make this a tough choice for folks who prefer the smaller variant.

All other specs are a spitting image of the S7: 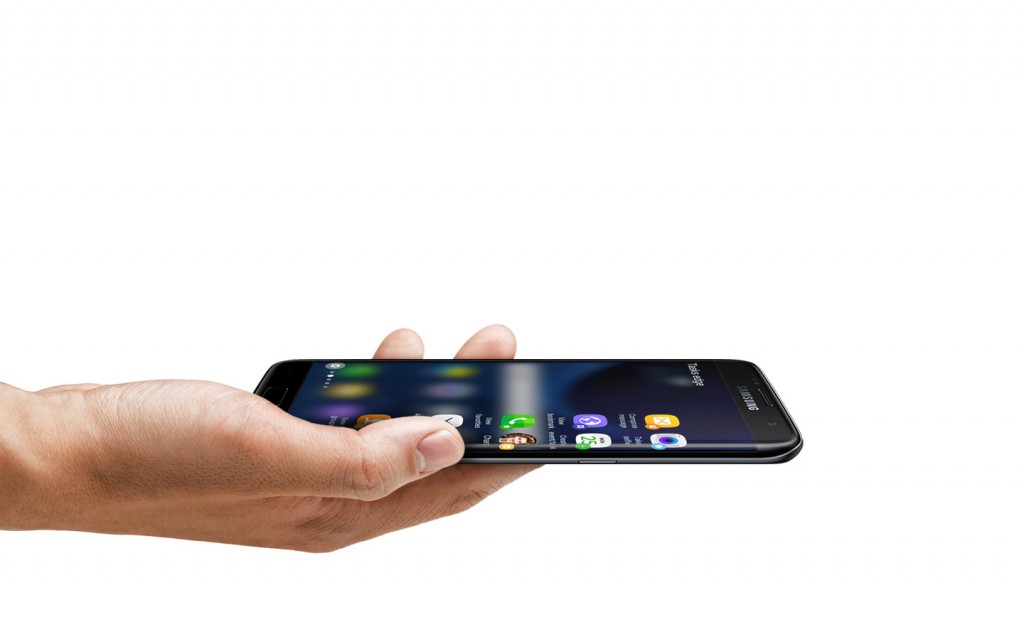 You can probably imagine that the Edge’s slide-out shortcuts feature got some improvements. You’ll get quick access to apps (more apps now from a wider panel) as well as tasks. Also, Samsung generously opened up the edge SDK for developers, so we should be seeing it grow with third-party additions.

Will you buy one?

No one can really deny these two are beastly handsets. But has Samsung done enough to convince you to jump on-board? It may be a negative point that the Galaxy S7 is for the most part a spitting image of last year’s model. Some (including myself) didn’t find the usability of the fragile design as flattering as the pretty look. At least Samsung has thought about that in some sense, by incorporating water resistance.

Samsung’s two new handsets will drop on March 11th. The color option will be: Black Onyx, Gold Platinum, Silver Titanium, and White Pearl. To entice buyers, it’s going to include a free Gear VR when you preorder. Let us know in the comments below what you think about the S7 announcement.