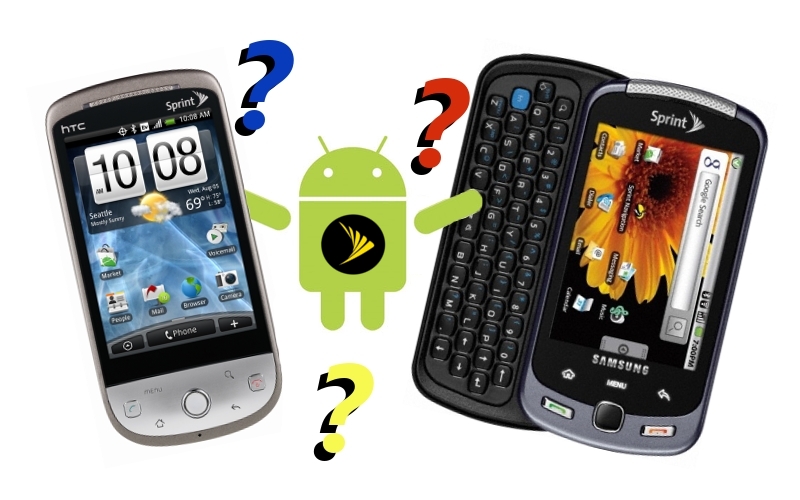 Sprint has finally unveiled details about its upcoming “Instinct Q,” which we now know to be the “Moment.” Now, I pose a question.

So do you go ahead and get the highly anticipated, much touted, HTC Hero, or, do you wait until the beginning of November and get the Moment? This isn’t just a simple yes or no question. It requires much contemplation and logical thinking. For those lucky people who can afford to update their phone whenever they want, this decision is simple–get the Hero now and see what happens. For those who aren’t as fortunate (those who must wait for their next $150 discount), you may want to do some extra thinking before leaping onto the Android bandwagon. Let’s delve in a little deeper, shall we?

To me, the issue here is the processor. With Qualcomm’s Snapdragon based phones (1 GHz) just around the corner, buying a Hero with only half the power is a tough sell. While Sprint hasn’t implied anything about faster and more powerful phones coming anytime soon, it’s still a logical assumption. At the rate Android is evolving, will the Hero’s hardware be able to handle future releases and applications without bringing the phone to a stand-still? There’s no way to know for sure. Your guess is as good as mine. I will tell you this though… I’m torn. I have no idea which one to get. I’ve been waiting for years to get my SprintDroid, and now, my head is spinning in circles.

I want the Hero. I need the slimmer, no QWERTY, multi-touch package… I really do. On the other hand, I’m a tech geek, and I need power. The Moment really has that going for it. It’ll come down to the wire for me. I want my phone to utilize future builds of Android. Can the Hero do it, or should I just put aside my problems with the Moment and take the plunge? Only one thing’s for sure… I’m getting a SprintDroid. You just can’t beat Sprint’s features, especially for the price. No other carrier comes close. An Android phone with unlimited data, texting, GPS navigation, live TV, and Any Mobile, Anytime is a no brainer. I’m sold.