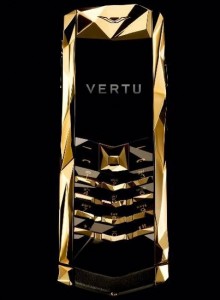 HTC, Samsung, Motorola, LG, the list is growing.Â  Manufacturers are opening their eyes to something you and I embraced long ago, Android is the NOW mobile platform.Â  I’m excited to see the hardware that evolves around the best mobile platform.Â  Heck, I even wrote an article about what the future might hold.Â  I am more excited to know that whatever it is that these manufacturers whip up is going to be available to you, me, and everyone else.Â  Allow me to explain.

â€œShaq Vs.â€ was a summer TV show in which Shaquille O’Neal took on other professional athletes in their respective sports!Â  For instance, he played football against Ben Roethlisberger and beach volleyball against Misty May and Keri Walsh.Â Â  Throughout the show, much like in MTV Cribs, we caught a glimpse of Shaq’s life and toys.Â  Now, this will come as no surprise but he drives a custom built and very expensive car.Â  My house would fit in his wifeâ€™s closet.Â  He gets to places in a jet.Â  I, on the other hand, drive to work and barely fit in my OWN closet.

It didn’t bother me to see the lavishness of the Shaq lifestyle, instead it got me to thinking. Â  He has a nicer car, nicer house, nicer jet (mine was built by my nine year old from a Lego set and its AMAZING but still a distant second to Shaqâ€™s), nicer clothes, etc after painful etc; until, it hit me. Â Â Â Shaq can’t possibly have a more feature-rich phone than mine!

HTC doesn’t have a “luxury line” that caters to the obscenely wealthy like Toyota does with Lexus.Â  Sure, some luxury divisions exist but they are learning, especially in this economy, that its the features less so than the phone!Â  Bill Gates phone doesn’t have a Star Trek like transporter option or a ray-gun attachment.Â  (Now, THERE is a swiss-army phone).Â  Tiger Woods cell phone doesn’t automatically activate a GPS tracking device and magically return to him during those frustrating times when he is on one end of his yacht and he left his phone a mile away on the other end of his yacht.Â  (I hate when that happens).Â  None of them are carrying around an Info-Hub.

No, Shaq, Bill, Tiger and the like are carrying around Blackberries, iPhones, G1’s and MyTouch’s.Â  They drop calls, scratch screens and misplace their phones.Â  Sure, Bill might have the latest and greatest version of the Windows Mobile OS (“latest and greatest Windows Mobile OS” is a great oxymoron, by the way) and the others might seriously pimp out their phones. Â  But under the self applied gold encrusted lining and diamond appointments itâ€™s just a phone – the same phone in most cases – as yours and mine.