If you’re looking to get the HTC One A9, you may not want to wait.

The newest phone from the Taiwanese tech giant will be $399 at launch, a seemingly great price. Unfortunately, that price won’t last. As of November 7, the price moves from the limited time, promotional price of $399, to the normal price of $499.

Pre-Orders for the first HTC phone with Android 6.0 Marshmallow have just begun though their website. You may be able to get the phone through a carrier’s payment plan eventually, but it’s going to cost you significantly more than if you buy it outright and unlocked right now.

There’s already been some controversy in Europe about the pricing of the A9. The phone costs upwards of £479.99 for a version with 2GB of RAM and 16GB of storage in the UK. Those specs don’t stand up to the US version, which sports 3GB of RAM and 32GB of storage. Now that we’ve learned the $399 price point is just a promotional offer, the UK pricing doesn’t seem so out of whack.

The HTC One A9 will have a Full HD (1080p) 5″ AMOLED display, Snapdragon 617 processor, with 3GB of RAM and 32 GB of storage (in the US). It will be the first phone outside of the Nexus line to launch with Marshmallow, and HTC promises OS updates within 15 days of release.

Still, you have to ask yourself, is the HTC One A9 worth $499 with phones like the Huawei Nexus 6P and Moto X Pure on the market at the same price point? 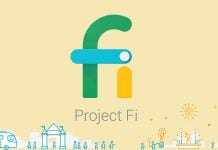 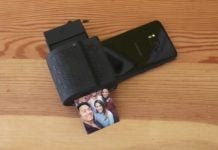 Turn your Android phone into a Polaroid camera with Prynt Pocket