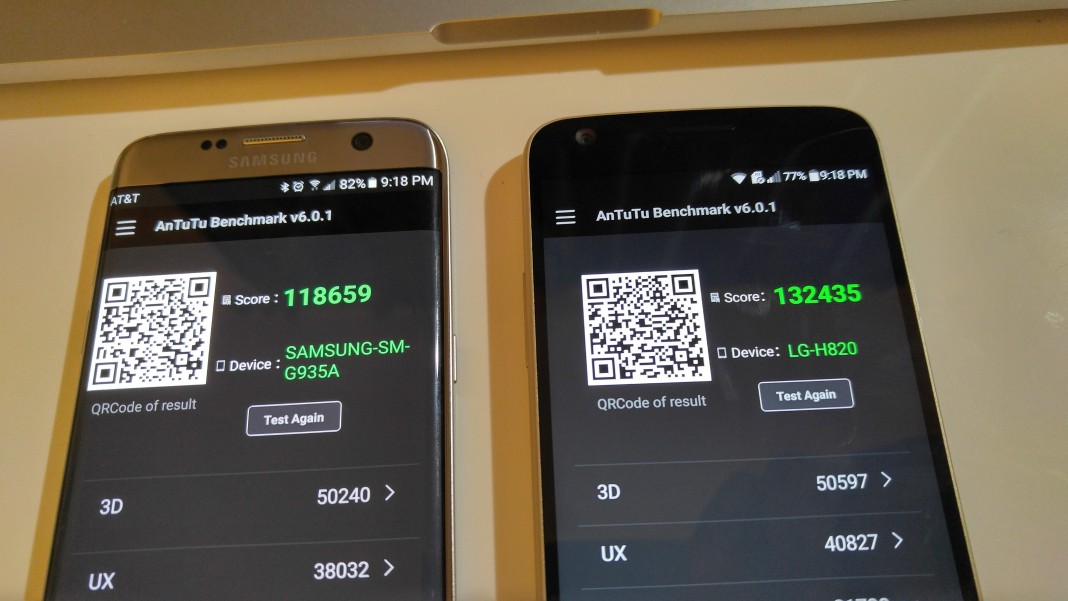 Personally I take benchmark tests with a grain of salt, as I care more about real world performance. But for the sake of this post I will let the benchmarks speak for themselves as many people do care about benchmarks. That’s why millions of people have downloaded the apps.

Benchmark tests do not always produce exact results from device to device, so keep that in mind when viewing the scores. Also, the Galaxy S7 edge I am using is a U.S. variant which means it runs the Qualcomm Snapdragon 820 instead of the Exynos counterpart found in other parts in the world. Supposedly the Exynos processor is said to be faster.

In my first day of testing I do find the G5 to offer a much smoother experience than the S7 edge. Both devices are on the AT&T network and come loaded with the same carrier bloatware.

I have no investment in either device. Honestly my personal favorite smartphones right now are not the S7 edge nor the LG G5, and the devices I prefer don’t even come close to these scores. As a scientist I do let the data speak for itself when it comes to these tests.

I’m sure I will get some hate comments from a few Samsung fans just for posting these results, but LG fans can rejoice tonight in seeing these scores. And as you will see in the data below, the LG G5 beats the S7 edge in every test I have run. They may run the same processor but LG knows how to get more out of it.

If you want to download the apps for yourself, click on the title of each benchmark test and it will take you to the app at the Google Play Store. 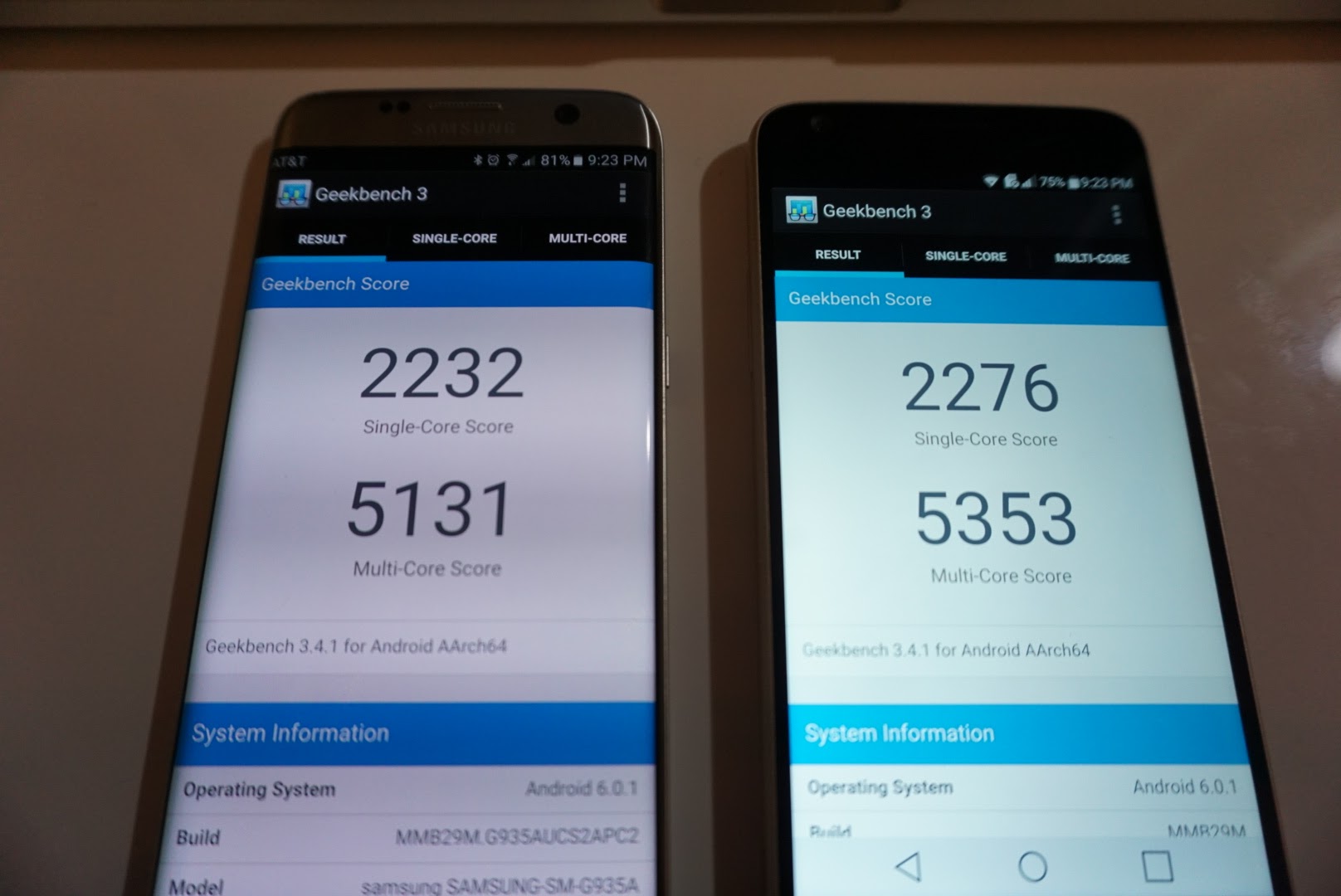 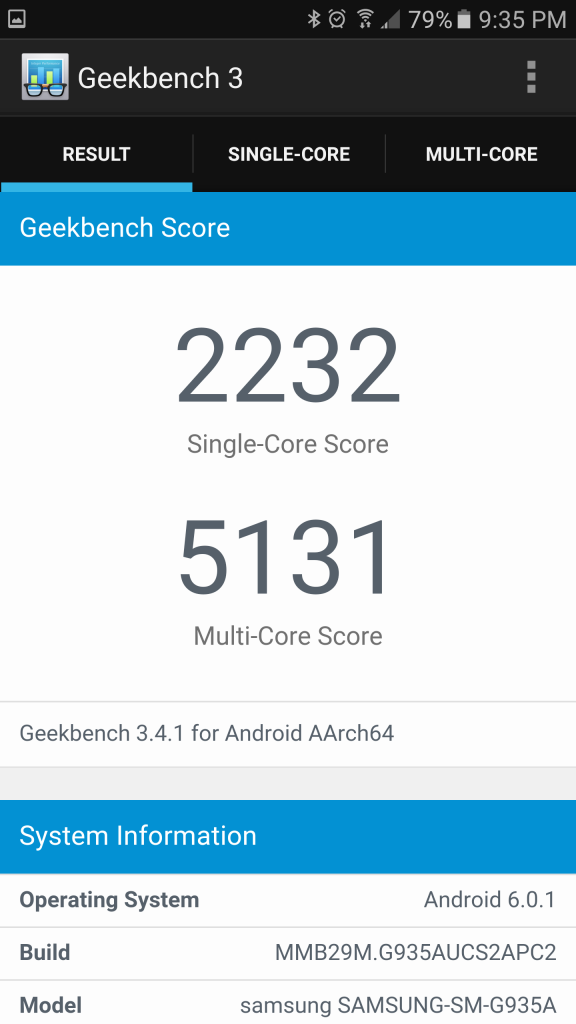 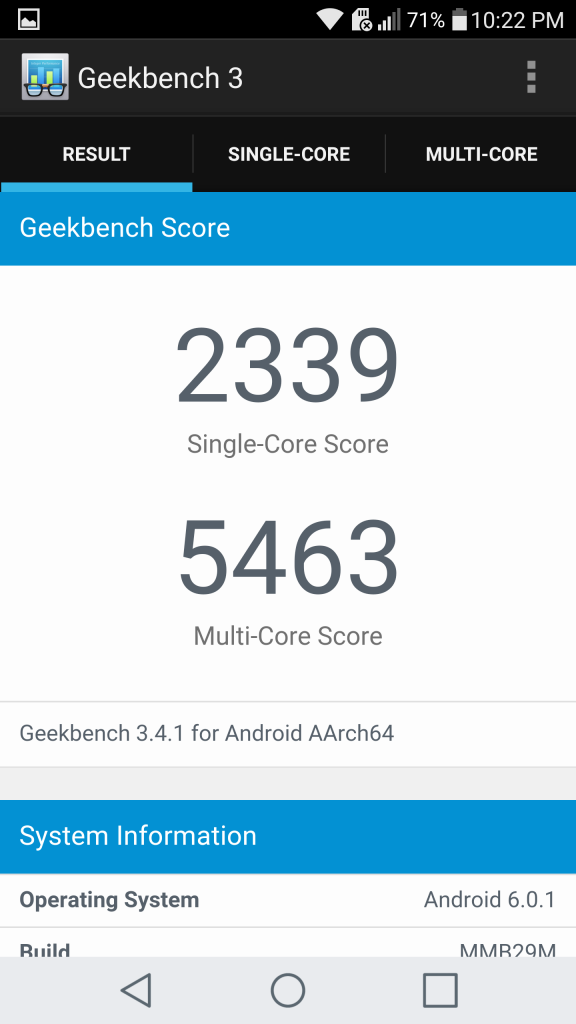 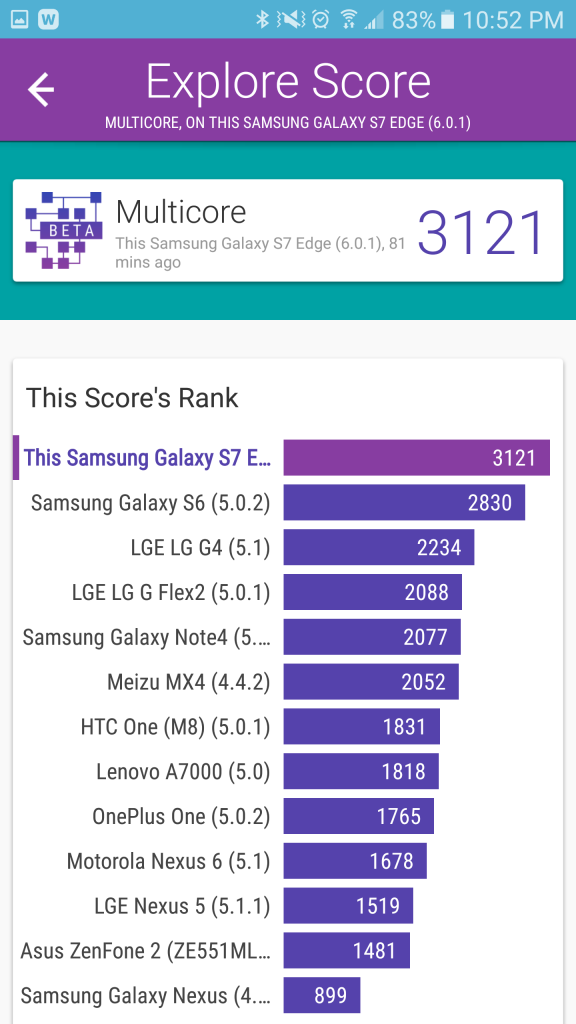 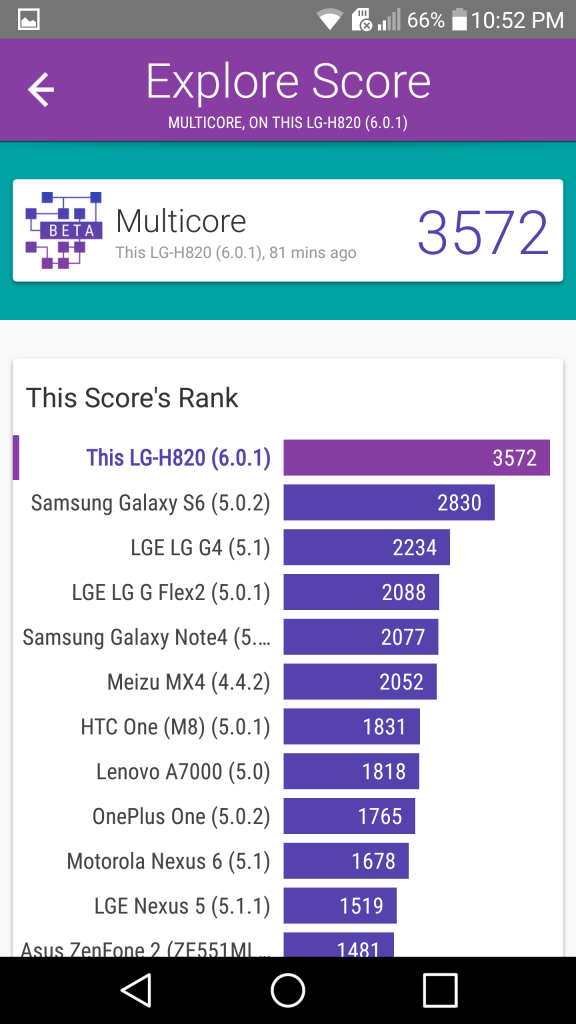