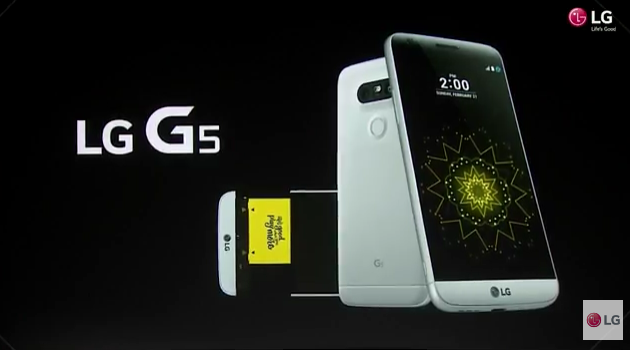 LG’s new flagship smartphone, the LG G5, is now official. If you stay updated with Android news and rumours, you have probably already been bombarded with the leaked designs and specifications that have been popping up everywhere on the Internet. No more need for speculation anymore, as we now know the final specifications for one of 2016’s most anticipated flagships. Boy, does this phone seem like a beast.

Coming with almost the same specifications as we predicted, the LG G5 brings incremental changes compared to earlier LG flagships. Based around a smaller 5.3″ screen, the metal build brings a new breath of air to LG’s flagship line with some worthy new features. The LG G5 measures 149.4 x 73.9 x 7.7mm and weighs 159 grams.

Moving away from their past designs, the G5 has the volume and power buttons back on the side of the phone. We haven’t seen this since the original LG G. The fingerprint scanner now sits below the camera where the buttons used to lie on previous iterations. Somewhat familiar of the Nexus 6P, the build is mainly aluminum.

The 5.3-inch Quad HD Quantum display has again been improved upon. Not specifying anything major, LG just mentioned that it is more battery efficient as compared to previous versions.  There is also a built-in “Always On” display which offers extended use of the screen. It is part of the main screen, and only uses a third of the display area which helps conserve battery. Think of it as Motorola’s Ambient Display, expect with added functionality.

If you remember the overheating issues that plagued the Snapdragon 810, LG wisely decided to use Qualcomm’s Snapdragon 808 SoC in the LG G4. Thankfully, things have improved on Qualcomms side, and the G5 is proudly using the Snapdragon 820, which is also currently the best in the market. The Qualcomm Snapdragon 820 SoC  naturally is 64-bit. Unfortunately, we do not know of the specific configuration that it sports at present, so stay tuned to be updated.

The Snapdragon 820 SoC is paired with 4GB of memory and should provide a premium amount of performance, at least on paper. It also comes with 32GB of internal storage expandable via microSD card slot that can take up to 2TB.

LG unfortunately went for a smaller 2,800mAh battery, for reasons we can’t quite put our finger on. They also did not elaborate on expected battery life and efficiency, although the claimed battery life never lives up to the expectations anyway. Thankfully it is removable.

The G5 sports a dual camera at the back, consisting of one 16-megapixel and one 8-megapixel shooter. The cameras sit on either side of the sensors and LED flash, one with a 78-degree standard lens and another with a 135-degree wide-angle lens (the 8MP), which LG says is “the widest available on any camera”. The G5 comes with an 8-megapixel front camera, which has slight improvements over the G4’s. 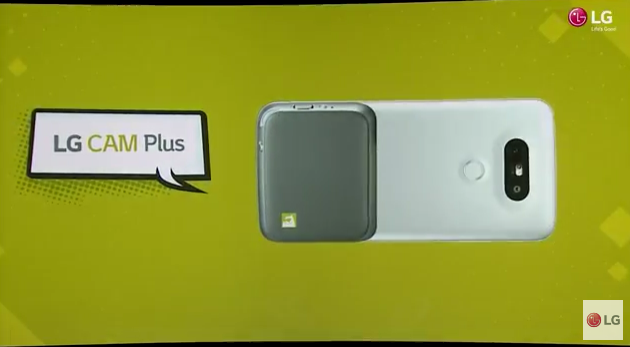 Perhaps the most prominent feature of the flagship, the G5 offers a nifty tool that institutes a modular design. This is basically a tray which can be ejected from the bottom of the phone. It houses the battery and can be used to add extra modules onto the device. This includes a camera module called LG Cam Plus, which offers a nifty handle and balance point for improved hand-held photography, as well as convenient hardware buttons for shutter release, zoom and flash toggle. There is also a 32-bit HiFi DAC made in partnership with Bang and Olufsen. We can’t wait to see how well this works. 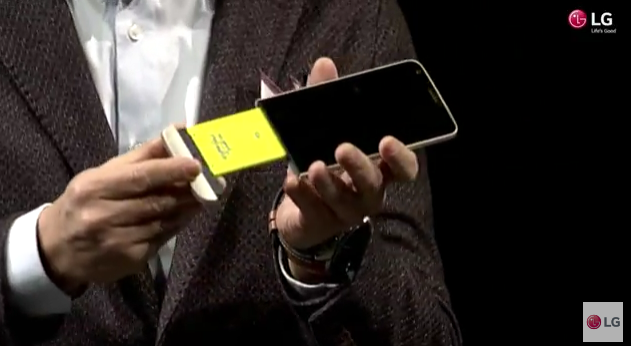 Software wise, the LG G5 comes with Android Marshmallow 6.0.1 under the hood, with LG’s own UX interface . We did not get a peek at what it looks like, so we do not expect it to be radically different as compared to the UX 4.0 on the G4.

LG did not comment or specify on launch dates or prices, although we expect the phone to be available shortly is major markets. Stay updated on availability on AG.com. What do you think about the G5?

This is our clearest look at the Google Pixel yet

Out with the Nexus, and in with the Pixel and Pixel XL