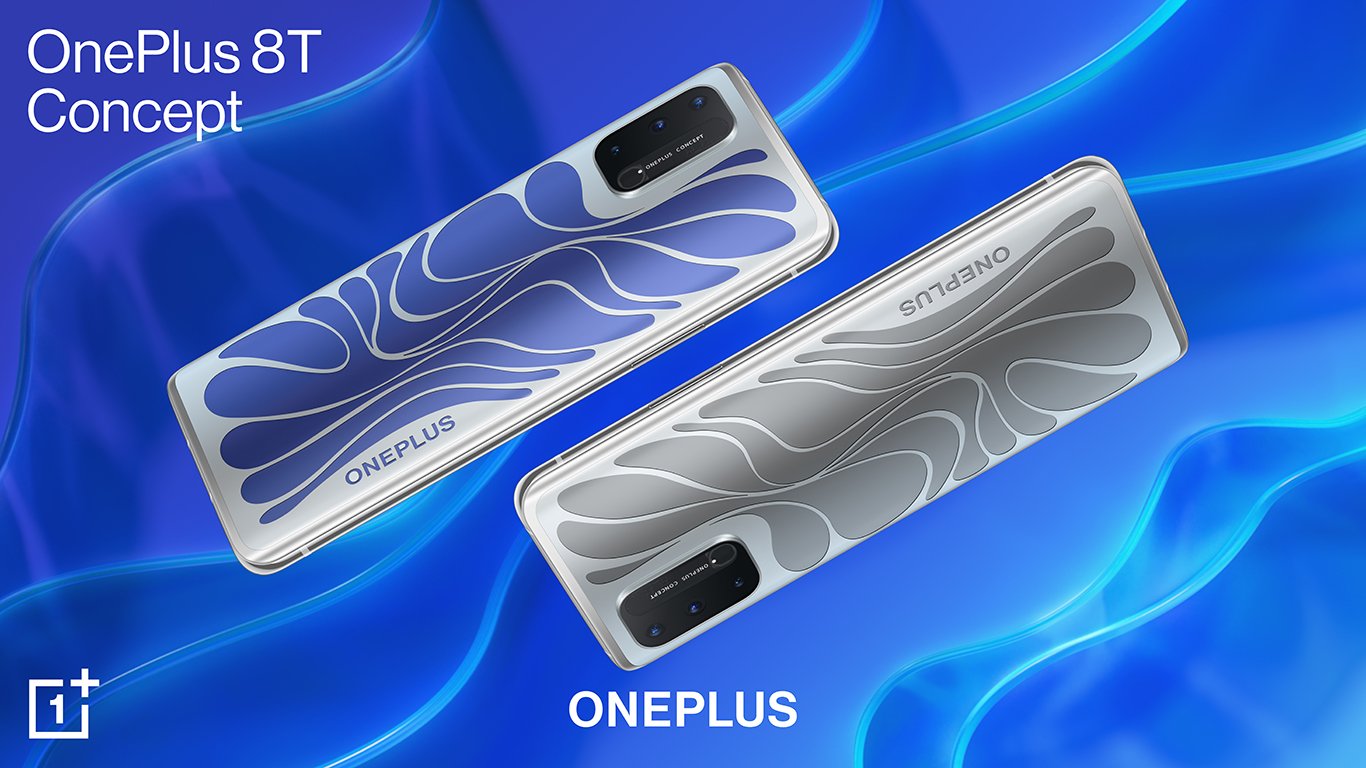 At the beginning of this year, OnePlus showed off its first-ever concept phone dubbed the Concept One. The device was essentially a OnePlus 7T Pro on the inside, with a different design on the outside, and featured special electrochromic glass over the camera module. This allowed for the glass to change from clear to black and render the camera lenses invisible.

The technology could also be used as a neutral density filter for the camera for some advanced photography techniques. While this was not entirely useful, it was unique and showed how OnePlus is experimenting to make its phones stand out.

Now, the never settle brand is at it again with a brand new concept phone just ahead of CES 2021. The OnePlus 8T Concept shares a lot of similarities with the original OnePlus 8T, with a couple of changes on the back.

For starters, the rear panel of the OnePlus 8T Concept features a color-changing back, but what makes it special is how it achieves this effect. Under the glass panel is a metal oxide pattern that can change colors based on the voltage that is applied to it. Basically, making it possible to use it as an elaborate notification light.

On top of that, the OnePlus 8T Concept includes a radar module built into the camera bump on the back. It uses millimeter wave, similar to mmWave 5G technology, to recognize and track objects. This radar technology could be used for controlling your phone hands-free with gestures, such as answering or rejecting a phone call. OnePlus also mentions that it could sense a user’s breathing as some sort of biofeedback device.

If this sounds familiar, besides the breath monitoring, that’s because it’s much like the Soli function from the Pixel 4. A feature that Google has since moved on from, as it’s not included in any of the phones that proceeded the Pixel 4. While concept phones from OnePlus are meant to be a showcase for new technology that could someday make it into future OnePlus phones. Don’t get your hopes up about seeing either of these features any time soon. The electrochromic glass from last year’s Concept One hasn’t trickled down into any future OnePlus models over the past year, and it may never make an appearance.

Much like concept cars, companies use these devices to experiment, create buzz, and test the waters of what’s possible. There’s no guarantee we’ll ever see technology in a consumer device, but that doesn’t stop us from getting excited by the new shiny thing.