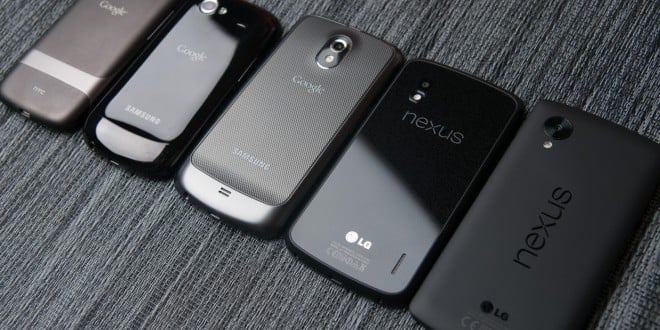 Wouldn’t it be cool if Google let us vote on it? The Nexus One was launched a whole six years ago (crazy, huh?). Since then, Google dipped its toes into partnerships with many of the stapled phone manufacturers – HTC, Samsung, LG, Motorola, Huawei, and Asus on the Nexus 7 tablets. It was a neat opportunity to show off Google’s established “Be together. Not the same” motto for Android.

As we get underway in 2016, Android fans can’t help but wonder what Google will do next. Will the software giant move on to a new OEM for the next flagship Nexus? Will there be another price-varied Nexus pair and repeated partnership, such as with LG on the Nexus 5X? Or will Google say enough is enough and take matters into its own hands (i.e. Pixel C)?

We really don’t know what to expect, which is both frustrating and exciting for Android enthusiasts. But we can ask: Who do we strongly think should be the chosen one? I imagine that opinions will most fall on a manufacturer who has done it before; there aren’t many top-end OEMs left who haven’t. This fact does however set sights on Sony. Xperia phones are among the best in the flagship realm. But Sony’s lacking presence in the U.S. may make this possibility difficult.

We also can’t forget the turn of events in the tablet space. Instead of a renewed Nexus tablet, Google gave us a home-brewed Pixel convertible. Could this be a foreshadowing of things to come for Nexus phones? If Google now has in-house capability to manufacturer hardware, why should it continue to go to a manufacturer? Wouldn’t it be more efficient for Google to control the production of its own device?

We’d like to hear what our readers think. Vote on the poll below!