Hot off of the tweets yesterday that confirmed the coming of the actual Google Phone, come these photos that were posted on Twitter last night by two different people.

@sansivar posted the photo you see here, along with the simple, eponymous “Google phone” caption, but the photo after the jump, posted by @coryobrien, not only gives us aÂ  better look at the start-up screen, but the form factor that looks exactly like the leaked HTC Passion from a while ago.

Cory O’Brien also tweeted this shortly after his photo went up:

I’ve been rather staunch in wanting a new Android phone with a keyboard, but if the rumors regarding the Google Phone (also known as the Nexus One) are true, and it is indeed coming to T-Mobile, then I’ll probably be jumping ship on my G1 (it’s been a long time coming, buddy) and going with the Nexus One. It’s running Android 2.1, so not only will it be an update from the G1’s 1.6, but also an update from the Droid’s Android 2.0. The second photo is below. Tell us what you think of it in the comments!

We’ve done a little playing around with the known images so far and found the back of the Nexus One to be exactly the same as the HTC Passion that was leaked.Â  Everything is the same on the front save for the removal of the HTC branding.Â  The back appears to have the Android robot peeking out. 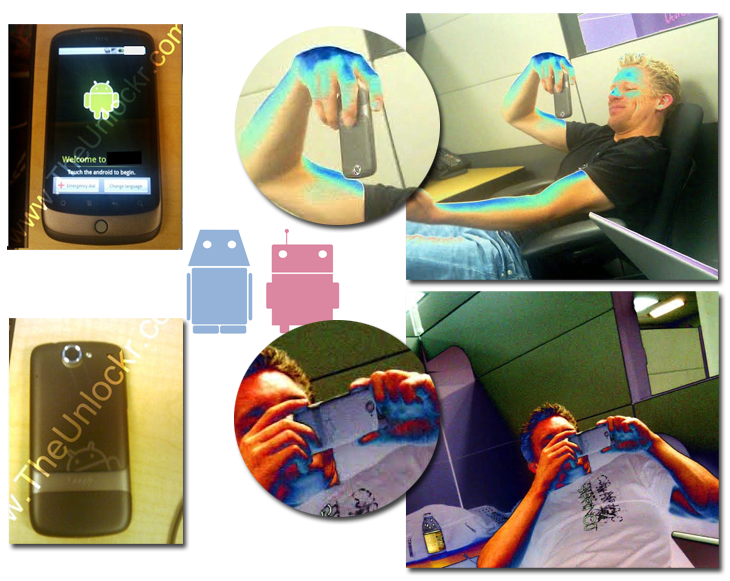