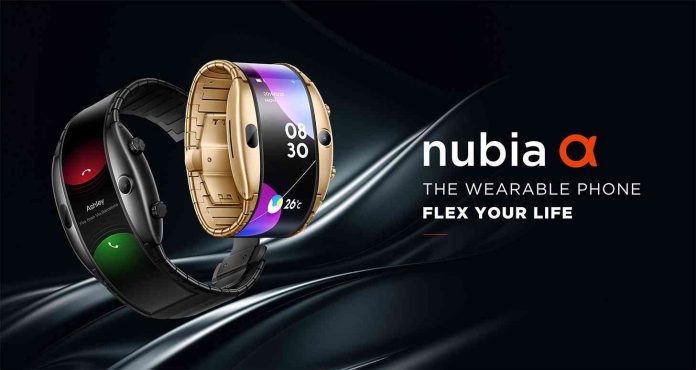 What’s that on your wrist? Is it a watch? Is it a phone? If it’s the Nubia Alpha, then technically it is both. Over the years smartwatches have become more independent with cellular connections but aren’t exactly standalone devices.

The Nubia looks to bridge the gap with their recently announced Nubia Alpha. Technically this isn’t the first time the Nubia Alpha has been shown off, but it now officially has a price and is expected for release later this year.

While most phone makers are taking advantage of flexible displays to create phones that unfold into tablets, Nubia has gone in another direction. The Nubia Alpha uses a 4-inch 960 x 192 OLED flexible screen to wrap around your wrist. 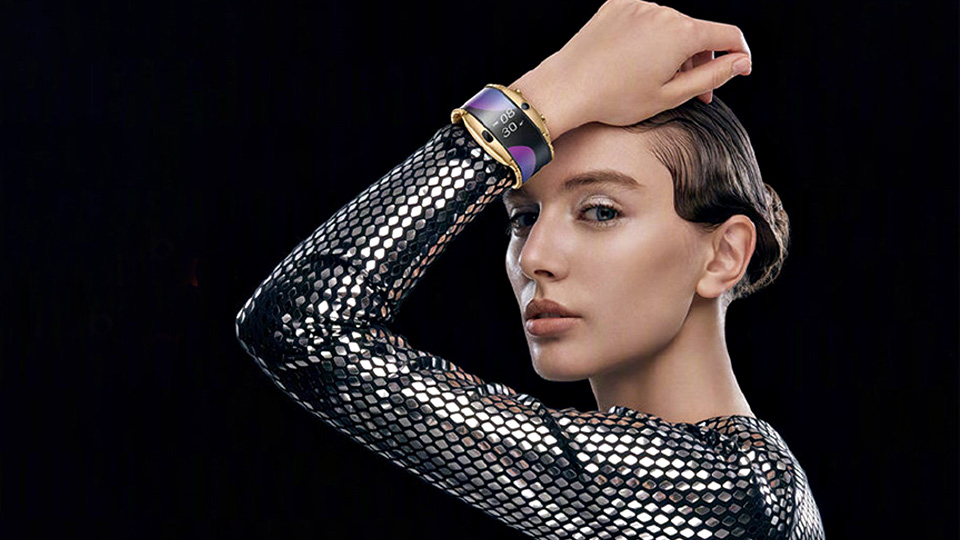 The display is protected by heat-resistant polymer called Polyimide and Nubia says it is the “largest wearable flexible screen in the industry”. It is certainly the largest I’ve seen and like most other smartwatches it is water-resistant.

The Nubia Alpha is powered by a Snapdragon 2100, 1GB of RAM, 8GB of storage, and a 500mAh battery. This hybrid watch/phone has been in the works for a while and that might explain why it is using the older Snapdragon 2100 to power it. Last year this outdated smartwatch processor was replaced by the Snapdragon 3100.

Nubia claims the battery life will be good for up to 1-2 days of usage on a single charge. When it comes to connectivity, the Alpha is tricked out with Bluetooth, WiFi, and 4G support using an eSIM. With all those connection options you’ll have no issues operating independently from your phone.

Besides the display, so far the Nubia Alpha sounds a lot like a typical smartwatch. It has another key area that helps separate it from smartphones and that’s the 5MP camera. Perhaps meaning someday you might be able to have video calls on your wrist or you could just take awkward photos.

The Alpha is using a custom made OS that will limit its access to apps and its functionality overall. However, it has all the functions of a typical smartwatch or fitness tracker. It can track your exercise, sleep, check your heart rate, and more. The Alpha even has motion gestures built in and the ability to watch videos on your wrist. Naturally, it will also be able to send and receive messages or make phone calls as well.

If you’re looking forward to getting one of these on your wrist then it’s going to cost you. The Nubia Alpha starts at €449 ($510 USD) for the Black Bluetooth only model. While the 4G eSIM Black model will set you back €549 ($623 USD). If you want the gold plated version it will run you even more starting at €649 ($737 USD). Expect to start seeing these roll out in North America and Europe later this year in the third quarter.