The third phone from OnePlus has reared its head. The OnePlus X, the little brother to the OnePlus One and OnePlus 2 appeared on OppoMart this morning, revealing specs and a picture of the device.

The OnePlus X will run $249, making it the cheapest offering from the company that focuses on low cost, high performance phones. The X will be powered by the same Snapdragon 801 processor as the One last year, and will be clocked at 2.5GHz. The rest of the specs are below.

The OnePlus X will use a Micro Sim and have two SIM slots, be unlocked for worldwide use (although you can’t use it on on CDMA carriers), and will be offered in multiple colors, according to OppoMart.

We recently saw the X pass through TENAA (the Chinese certification office) and we’ve been getting teasers on social media so the launch looks eminent. We’ve seen October 29th throw around several times.

Do you think that OnePlus can disrupt the budget market with the OPX? Let us know what you think about the new device with a flagship processor from two years ago. 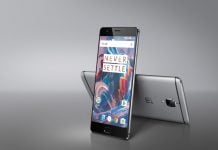 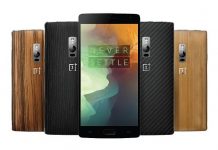