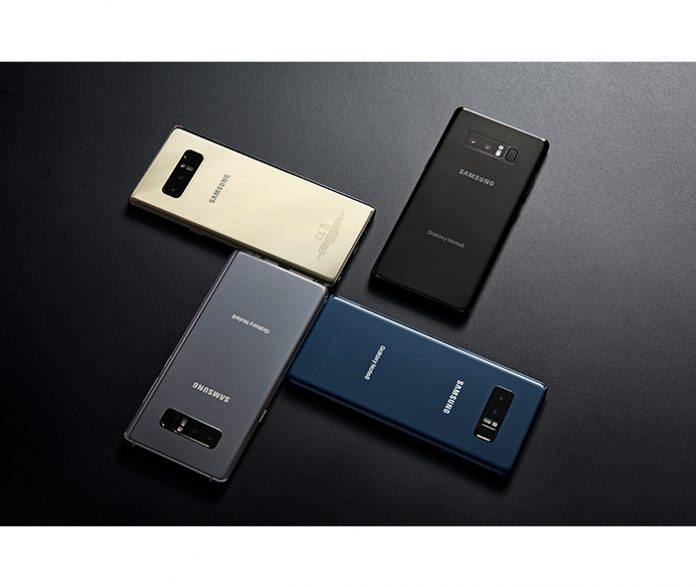 Samsung took the stage in New York today to unveil its latest and greatest device, the Galaxy Note 8. The event started a bit somber with Samsung taking us back through the last year via video clips. Who could forget the disaster of the Galaxy Note 7? Samsung certainly hasn’t and to its credit, it’s not trying to hide from it either.

The Note 8 has been oft-leaked over the past few months and those leaks have generally been spot on. We’re seeing a very familiar design that keeps the same design language of the Samsung Galaxy S8 and Galaxy S8 Plus. The only noticeable difference is the dual-camera setup on the back of the phone.

Those dual cameras consist of a 12MP wide-angle f/1.7 lens and a 12MP telephoto lens with a 2x zoom and a f/2.4 aperture. One of the killer features here, though, is that both lenses will have optical image stabilization unlike any other device on the market today. Samsung is also debuting Live Focus which will allow you to adjust the background blurriness in real time.

What makes the Note the Note is the S Pen and it’s getting an upgrade too. Through the new Live Message feature, you can animate text on top of photos you’ve taken and it saves to a standard messaging format so you can send it through your normal text messaging app. Screen off notes are getting better too. When you pin a todo list to your always-on display, you can now edit it directly from your home screen and write up to 100 pages. Pretty cool.

One feature I’m extremely excited about is the ability to select text with the S Pen and have it translate in real time. Samsung doesn’t promise to get a perfect translation, but will get it close enough for you to understand. All of you football fans trying to read Spanish, Italian, and French websites during transfer season will understand why this is so amazing. 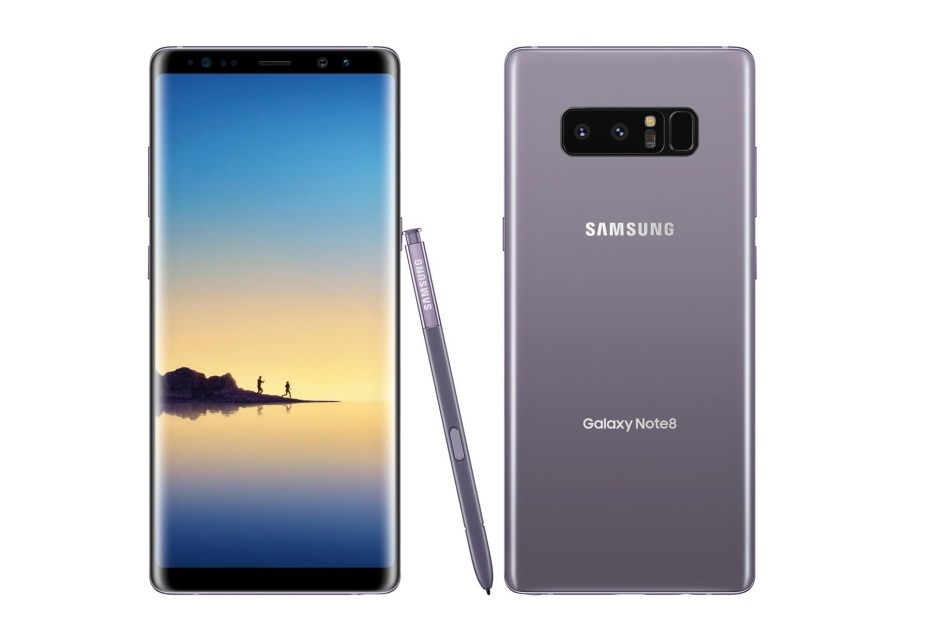 Even though Bixby has had a rocky start on the Galaxy S8 and Galaxy S8 Plus, Samsung is continuing to push its functionality. Now in over 200 English-speaking areas, Bixby supports Quick Voice Commands that can complete complex, multi-step actions with just a keyword spoken to your phone.

The leaks we all saw pretty much nailed the specs so if you’ve been paying attention for the last few months, there’s not much to see here. The 6GB of RAM is a nice upgrade and will probably be the standard on devices going forward. The Qualcomm Snapdragon 835 processor sticks around from the Galaxy S8 Plus while the battery capacity straddles the two early-year devices.

The Samsung Galaxy Note 8 used to be about the biggest screen, best performance, and the most cutting edge features but we’re wondering if the Note 8 is just a Samsung Galaxy S8 Plus with a smaller battery and an S Pen. Don’t get me wrong, the S Pen is cool, but will it be worth it?

Pricing details haven’t been released yet, but the phone will go up for pre-sale tomorrow, August 24 in either Midnight Black and Orchid Gray and be released September 15. Galaxy Note 7 customers will be entitled to a $425 discount when you buy the Galaxy Note 8 through Samsung.com and trade in your current device. AT&T, C Spire, Cricket Wireless, Sprint, Straight Talk Wireless, T-Mobile, U.S. Cellular, Verizon Wireless and Xfinity Mobile will all carry the Galaxy Note 8 and you’ll also be able to pick it up at Best Buy, Target, and Walmart.

There are some pretty amazing pre-order bonuses too. When you purchase the Note 8 between August 24 and September 24, you’ll be entitled to a choice of a free Samsung Gear 360 camera ($229.99 retail value) or a free Galaxy Foundation kit with Samsung 128GB EVO+ memory card and Fast Wireless Charging Convertible ($189.98 retail value)

If you want to check out the entire Unpacked 2017 press conference, you can do so here.