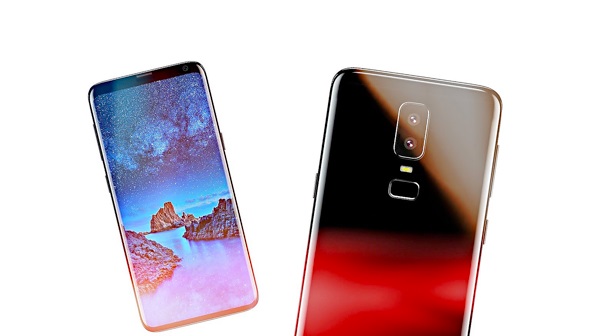 One of the most anticipated flagship smartphones expected to make a debut in early 2018 is the Samsung Galaxy S9.

Information about the phone has been steadily leaking online for the past few months including renders based on CAD-designs, so we have a pretty good idea of how the Galaxy S9 will look like. And so do Chinese companies it seems.

The Galaxy S9 hasn’t even been announced yet and already device manufacturer Vkworld is tempting potential buyers with a phone which appears to have all the visual characteristics of the Galaxy S9. Although it’s poised to launch with a much larger battery and a smaller price tag.

As you can see from the images, the Vkworld’s aptly named S9 model looks exactly like the leaked Galaxy S9 pictures. We have a bezel-less display with slimmed down chin and forehead, the 18:9 aspect ratio, and a fingerprint scanner on the back sitting below the dual camera setup. As a side note, next year only the Galaxy S9+ will include a dual-camera setup, while the standard Galaxy S9 will feature a single lens on the back.

If you’re wondering about the internal specs of the Vkworld S9, well the phone is expected to take advantage of a 5.99-inch 2K display with an Helio X30 chipset under the hood. The handset will ship with 6GB of RAM, 128GB of storage and an impressive 5,000 mAh battery, which will definitely over-shine the Galaxy S9’s.

Last but not least, Vkworld’s offering will go on sale for $300 a pop – a lot cheaper than the Galaxy S9 which will probably arrive with a price tag of at least $700. The Vkworld S9 is expected to launch in Spring 2018, probably soon after the Samsung Galaxy S9 makes an official debut.