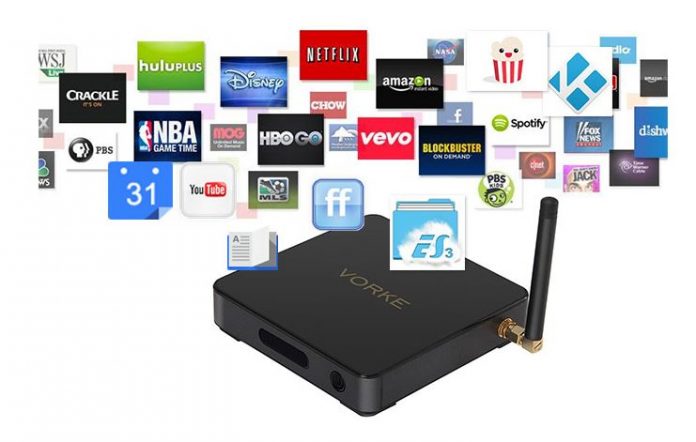 If you’re anything like us here at AndroidGuys.com, you’re always on the hunt for the next best thing. For a while now we’ve been looking at Android TV streaming boxes since they’re a nice way to add smart features to a dumb TV. And hey, $80 for a streaming box is a lot cheaper than buying an entirely new TV, right?

The Vorke Z1 on Geekbuying is one of best-spec’ed boxes I’ve seen yet. I can’t speak much for the processor, but is an 8-core chip so there is obviously some processing power there. There also happens to be a generous 3GB of DDR4 RAM and 32GB of storage. This honestly might even be overkill for what you would be using a streaming box for! That’s a crazy amount of RAM and storage. You should have no issues downloading some YouTube for offline watching or installing tons and tons of apps. 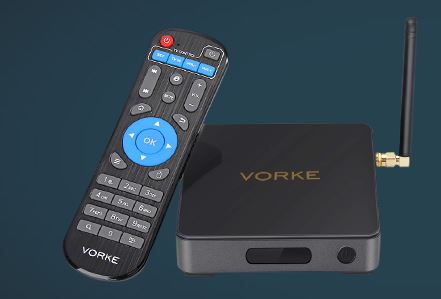 I haven’t even gotten to the best part yet. It streams in beautiful 4K and supports High Dynamic Range (HDR). Most 4K televisions these days, if not all of them, are all smart TVs, so why would you want to pick up the Vorke Z1 instead of using the onboard OS? One simple answer: Android! Using Android TV exposes you to an entire living and growing ecosystem of apps and games that most proprietary television operating systems won’t have.

As for ports, the back of the device houses a wired internet port, optical audio jack, an AV port, an HDMI port and power port. You’ll also find two USB ports and a micro SD card reader on the side. These are perfect for hooking up an external hard drive with movies on it and downloading an app like VLC from the Play Store.

It’s also nice having a micro SD card reader on the device so you can slip your card out of your phone and into the Vorke Z1 and quickly display video or pictures. Housing a card permanently in the slot can also improve upon the impressive onboard 32GB of storage. With as cheap as micro SD cards are these days, that’s a no-brainer. 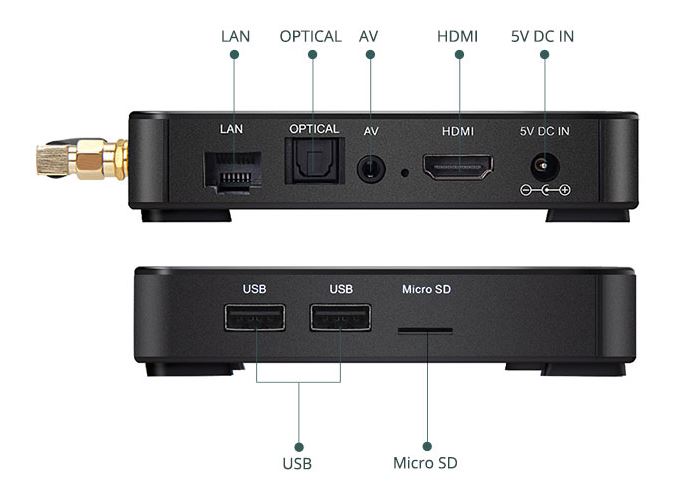 If the Vorke Z1 isn’t exactly your speed, Geekbuying also offers some other options, namely the R Box Pro and the Xiaomi Mi 4K. Here’s how they stack up against each other:

As you can see, all of the streamers can output 4K at 60 FPS and run on Android 6.0. The Vorke Z1 and R Box Pro have the important LAN port so you’re not completely dependent on your WiFi router to keep things running smoothly.

Where the Vorke Z1 stands out is the combination of 3GB of DDR4 RAM and 32GB of storage, which the other two devices cannot compete with. The R Box Pro and Mi 4K both have respectable specs that will probably get you by, but I believe due to the faster RAM and increased onboard storage, the Vorke Z1 will be more futureproof.