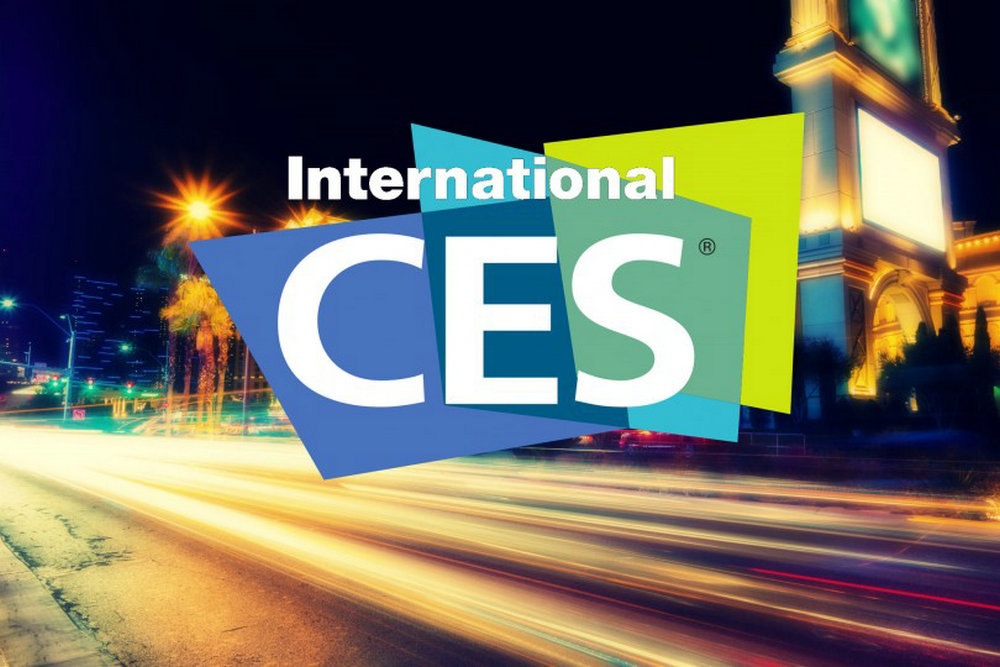 The Consumer Electronic Show(CES) wrapped up today in Las Vegas and it really validated my thoughts on 2016 being a boom year for unlocked Android smartphones.

Let me start by stating these opinions are my own and do not necessarily reflect the other writers here at AndroidGuys.com.

Going to CES is not all it is cracked up to be in terms of being a fantastic experience. There are over 165,000 attendees from around the globe who jam pack the hotels and the Las Vegas Convention Center. With huge crowds, even getting to the halls and convention center can easily take over an hour. And then you have to deal with people bumping into you because they are looking down into their smartphones or stopping to look at products.

I went to CES this year to check out all of the unlocked smartphone companies that I could make time for. I also wanted to match faces to email addresses of people who I regularly communicate with, to bring you readers the latest news and product reviews.

My take home message from CES this year was that unlocked Android smartphones are here and they are here to dominate 2016.

I learned that the terms “budget”, “mid-range” and “flagship” categories mean nothing anymore. They’re nothing more than marketing terms to make you think phones are of lesser or higher quality based on the amount of money you spend.

Just because a smartphone costs $199 does not mean it is a “budget or mid-range” phone because of the price. A couple of years ago those two monikers meant the phones were made from cheap materials, had low quality screens, slow processors and very minimal RAM and memory.

2016 is the year of high-quality smartphones that won’t break the bank while exposing the ridiculous prices that Apple and Samsung charge for their “flagship” devices.

What I also learned is the people who represent these smaller or lesser known companies are real people who genuinely want to bring us value, and take tremendous pride in that. It is my goal in 2016 to bring you as much news as humanly possible about these unlocked Android smartphones.

Let’s start 2016 with some of my favorite unlocked Android smartphones and companies I saw at CES 2016. I have made a commitment to give up “flagship” devices from the likes of Samsung, Motorola and Apple in 2016. I will leave those over-priced devices to the other writers here at AndroidGuys.com. There will always be a market for those phones – they just aren’t for me anymore and I think they aren’t for the vast majority of users too.

I would much prefer to save my hard earned money and help you readers do the same. 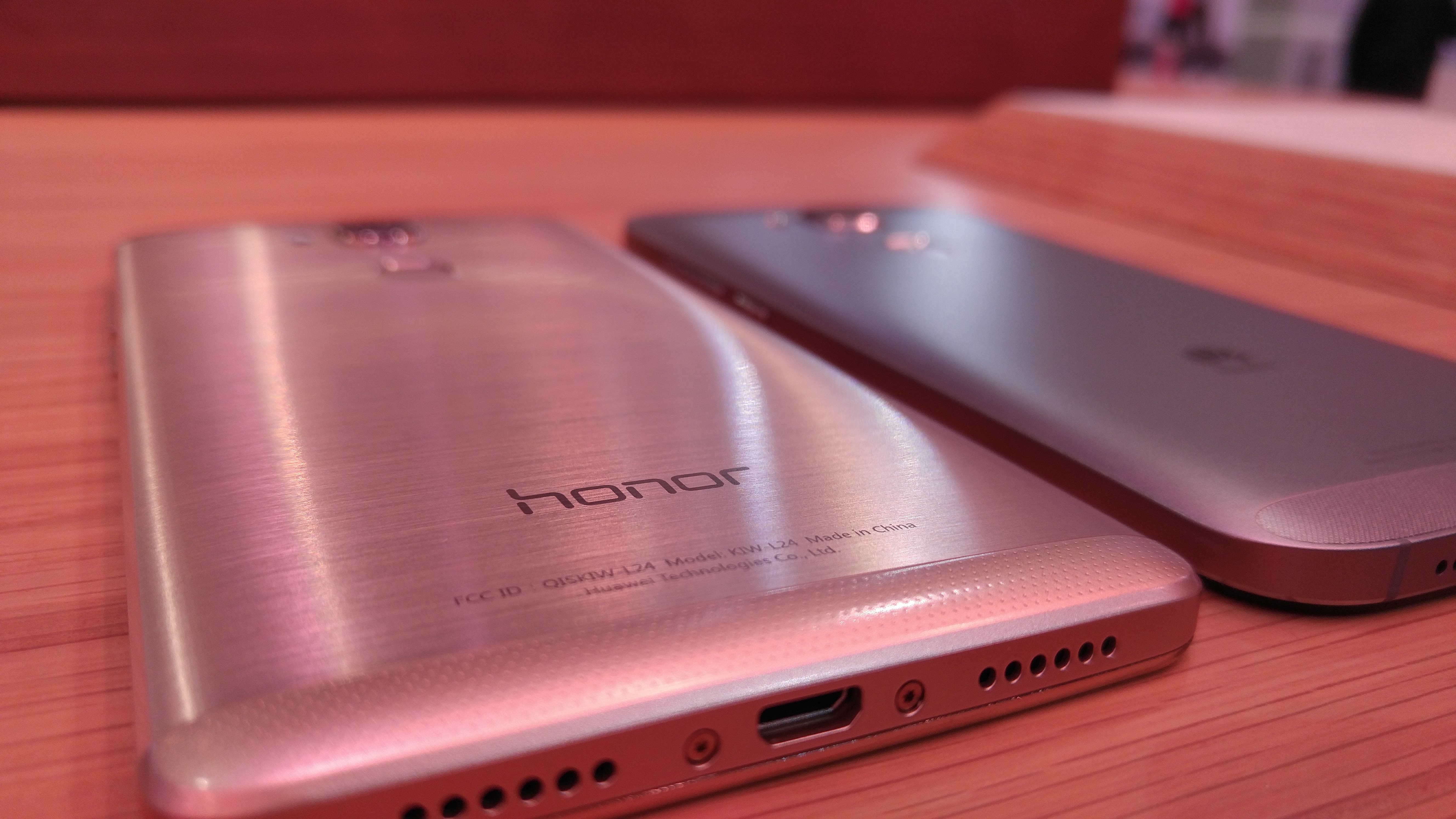 One of the most mind blowing phones from CES is the Honor 5X made by Huawei. Most of you know Huawei from the Nexus 6P is rocked 2015 in partnership with Google. You’re now going to know Honor 5X by Huawei which is one of the nicest phones you can get your hands on, starting Jan. 31 from Amazon.com or HiHonor.com.

Puts specs aside, because the Honor 5X in my initial hands-on experience provided a super smooth and fast software experience. When the kind people at the Huawei booth told me the price is going to be $199.99 my jaw instantly dropped. If you have ever used a Nexus 6P, the Honor 5X feels very similar in hand with a solid and cold metal feel. The 5.5″ 1080p display is as gorgeous as any I have laid eyes on, including my 2k LG V10 that costs over three times as much.

Not all of the phones we get there at AndroidGuys.com are review units, and many of them we buy with our own money. As soon as I got back to San Diego the first thing I did was pre-order my Honor 5X, even though I was told I would be on the list to get a review unit. I believe in the Honor 5X so much that I am willing to put my money where my mouth is. I have high hopes for the Honor brand and you should too. I think this phone is going to get back ordered which is why I got my order in now. You need to check it out.

ZTE has been making phones for quite some time now, but has forgone using its own brand name until the past year or two. ZTE has been brought us unlocked phones under different brands, and they are professionals at making affordable and unlocked devices. With smartphones like the Axon, Axon Pro, and Max 2, ZTE is definitely looking to cover all areas of needs for customers.

Nubia is also a brand that ZTE owns, and it is one of the phones that I hope makes it stateside sooner than later. A representative from Nubia said it  is looking to bring its phones to the U.S. by the end of Q1 2016. You can currently buy Nubia phones directly at the Nubia Mobile Shop and I honestly could not pick a favorite from their entire lineup of phones because they are all amazing.

Nubia did have a completely side bezel free design phone, and all I could think was how sexy the Z9 Elite looked. I was even more impressed with the gestures built into the sides of the phones like swiping up and down on the left bezel managed the brightness of the display. I’m hoping to have the Nubia Z9 Elite review for you within a few months. It is one of the best looking phones I have laid my eyes on lately. 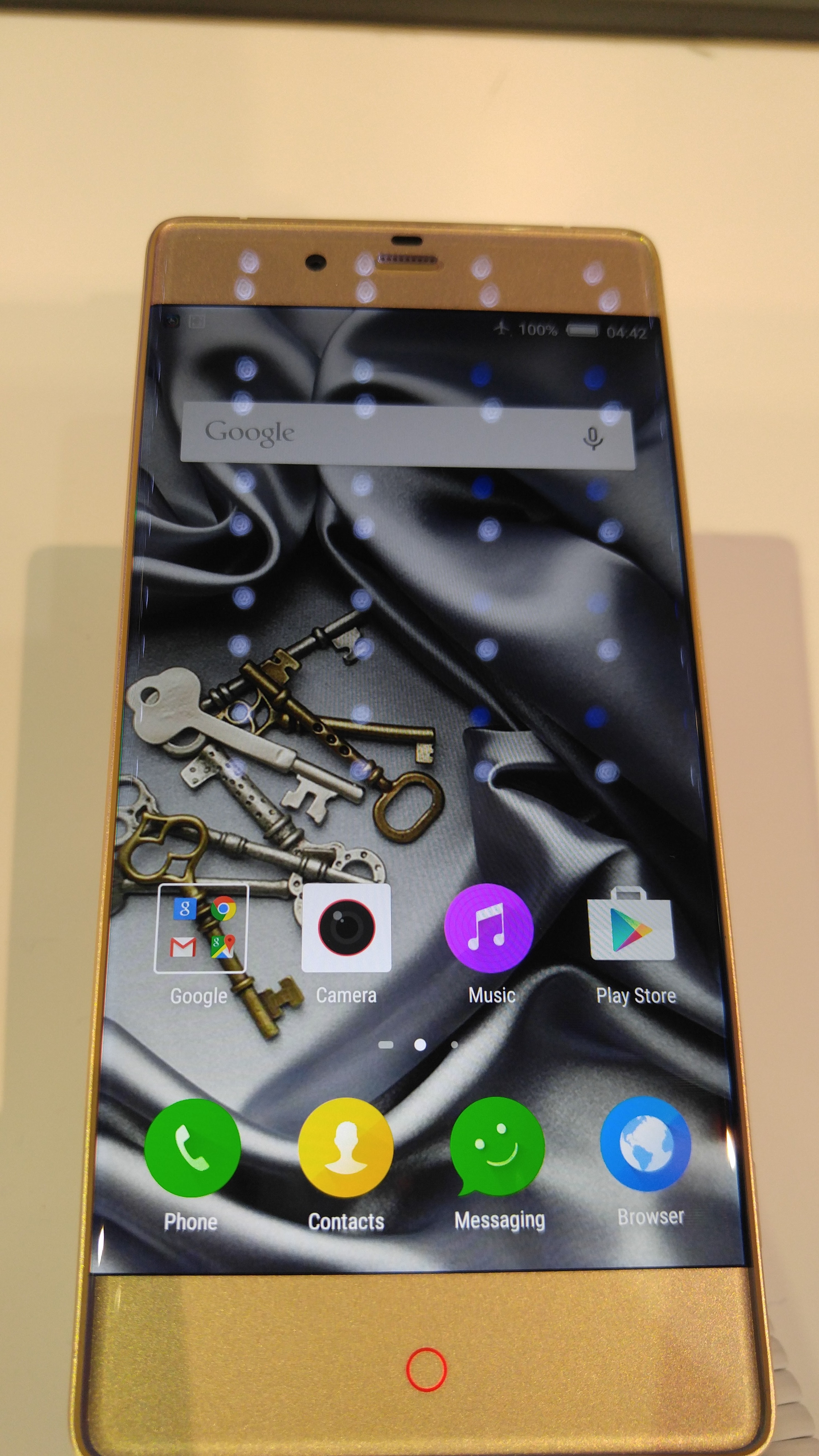 Nuu Mobile is a company you probably have not heard of, yet they need to be on your radar. First things first – the people at Nuu Mobile are downright genuine and are from Rochester, Minnesota just 90 miles south of Minneapolis. There is something to be said for supporting a company with great people. From the sales reps all the way up to the executives, Nuu Mobile is a company that truly cares about giving us what we want and nothing more.

You can tell the entire team has a deep understanding of what most customers actually use their phones for – web browsing, social media, gaming, email, texts and calls. Nuu Mobile understands that customers demand value for their money and are even promising Android 6.0 on the X4 which retails for an incredibly low price of $169.99. 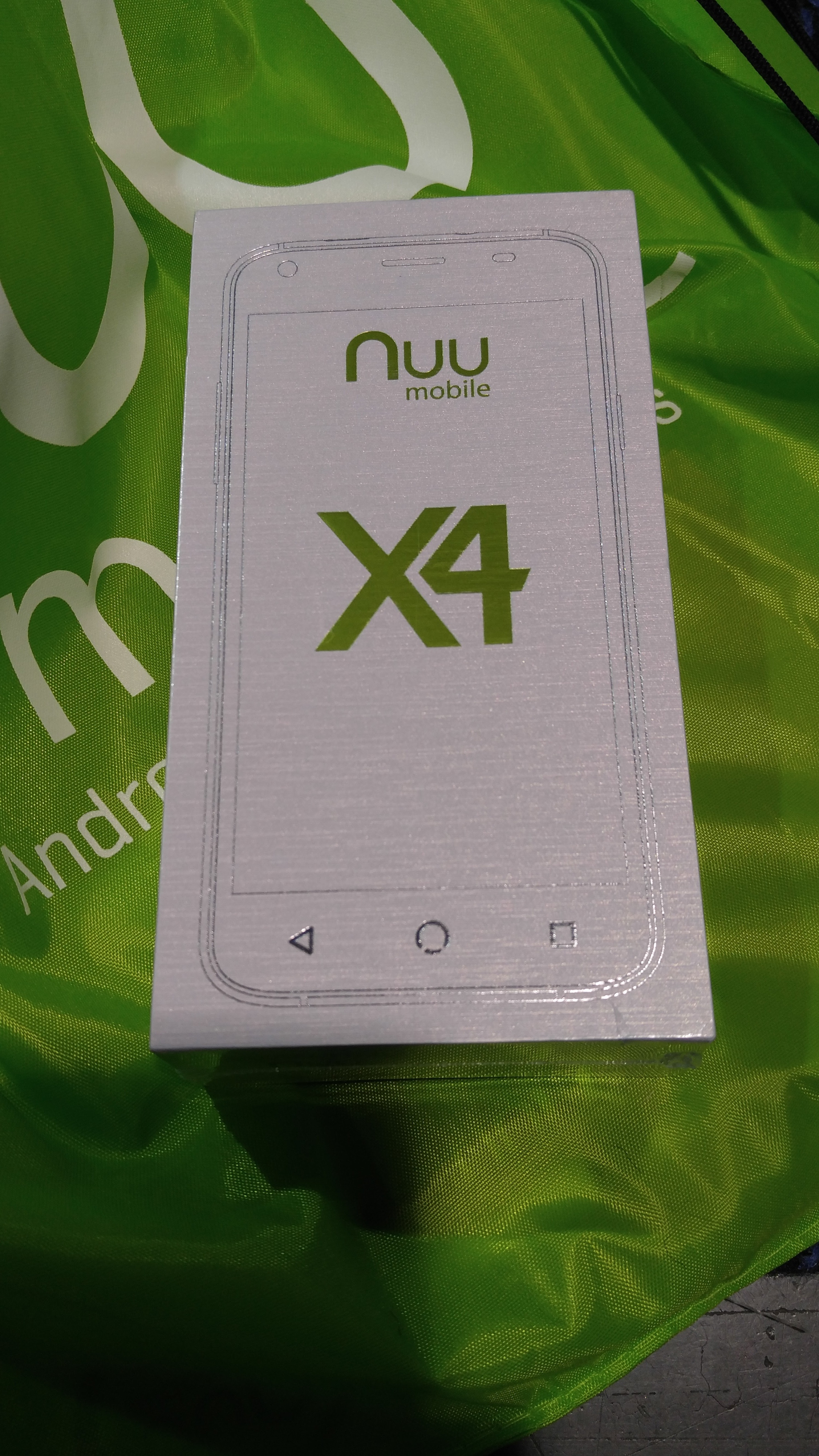 I will be providing full reviews of the Nuu Mobile Z8 which is loaded with specs this month followed by the X4 next month. The Z8 has actually been my personal daily driver and it is everything and more than I expected. Nuu Mobile is even allowing me to giveaway both phones so you can verify my review. And they also know some people cannot afford smartphones and would love to giveaway what they can. 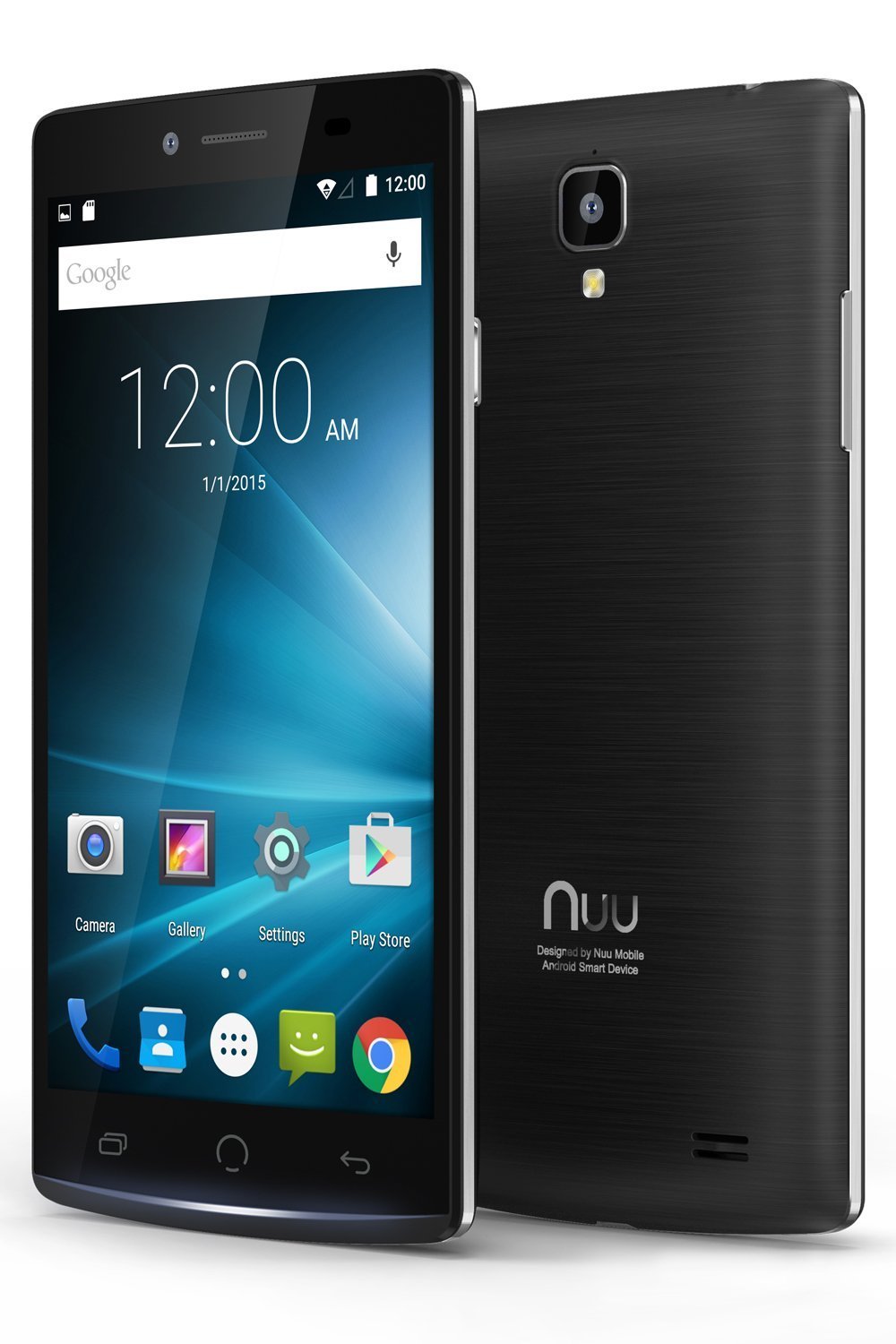 You can find Nuu Mobile phones directly from the Nuu Mobile Store, Amazon.com, Bestbuy.com, or Target.com. Most importantly Nuu Mobile’s team cares about its customers first, and I have to give a shout out to Nick who represents Nuu Mobile from the PR side. He is a well traveled and well read man who’s smile will light up a room.

The folks at Nuu Mobile are people who have a rare quality where their true focus is giving you the best product for your money.

Blu has quietly been selling unlocked smartphones since 2009 and has done quite well. They are ready to explode with its most recent releases of the Vivo XL and Vivo 5. Blu’s aim this year at CES was to let us know that its products offer luxury while maintaining bargain basement pricing. The Vivo 5 is attractively priced at $199 with a AMOLED HD 5.5″ display, octa-core processor, 3GB of RAM and 32GB of memory. Second to the price is the Vivo 5’s incredible all metal design. 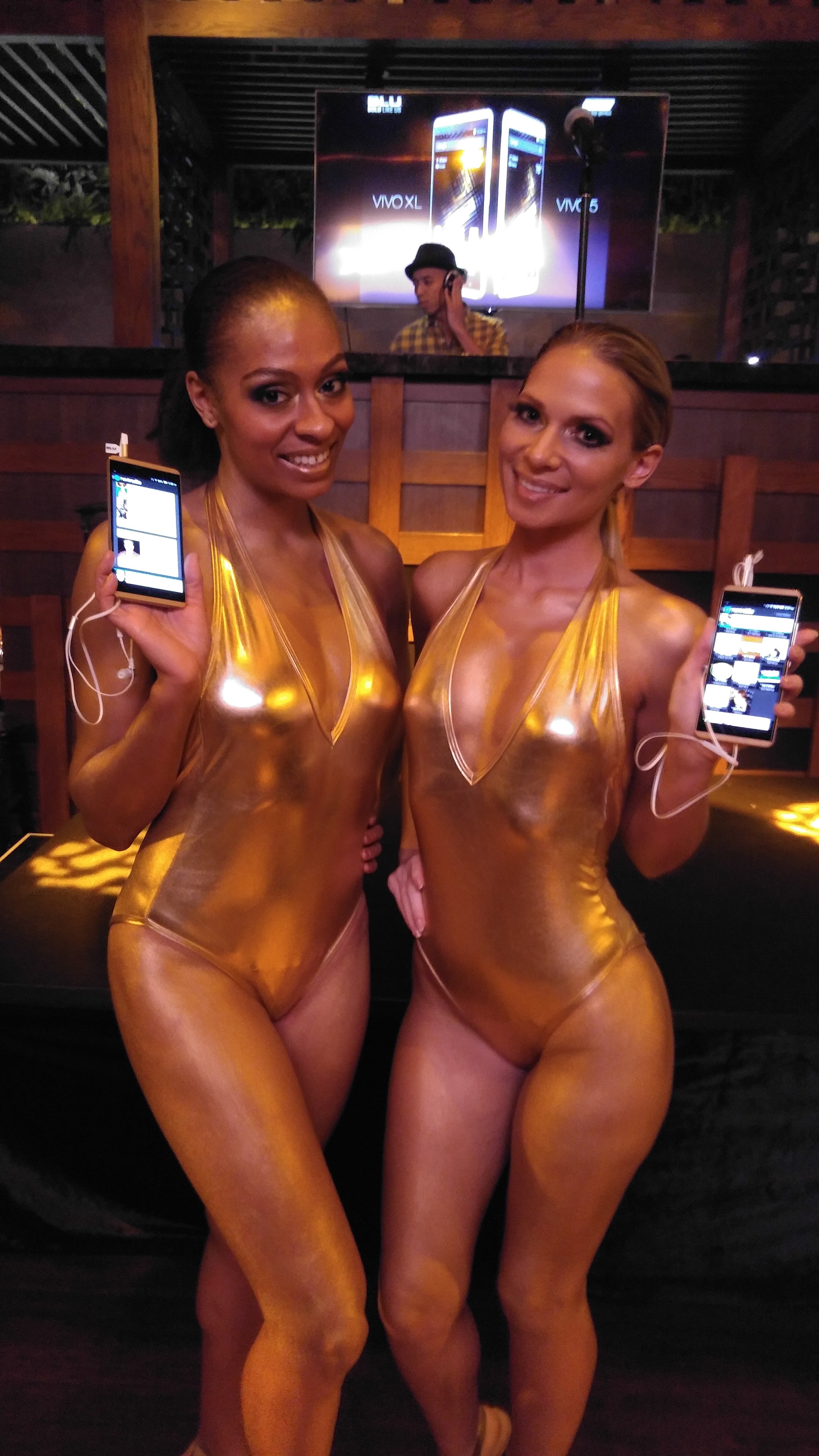 Blu also showed us the Vivo XL, which has very similar specs as compared to the Vivo 5, but comes in at $50 cheaper at $149.99. For $50 less you will get a plastic finish which is still luxurious, and you’ll get 2GB of RAM with 16GB of memory.

Both phones are due out sometime this quarter and can both be ordered at retailers like Amazon.com and Frys.com. They also support the latest standard in USB with USB type-C. 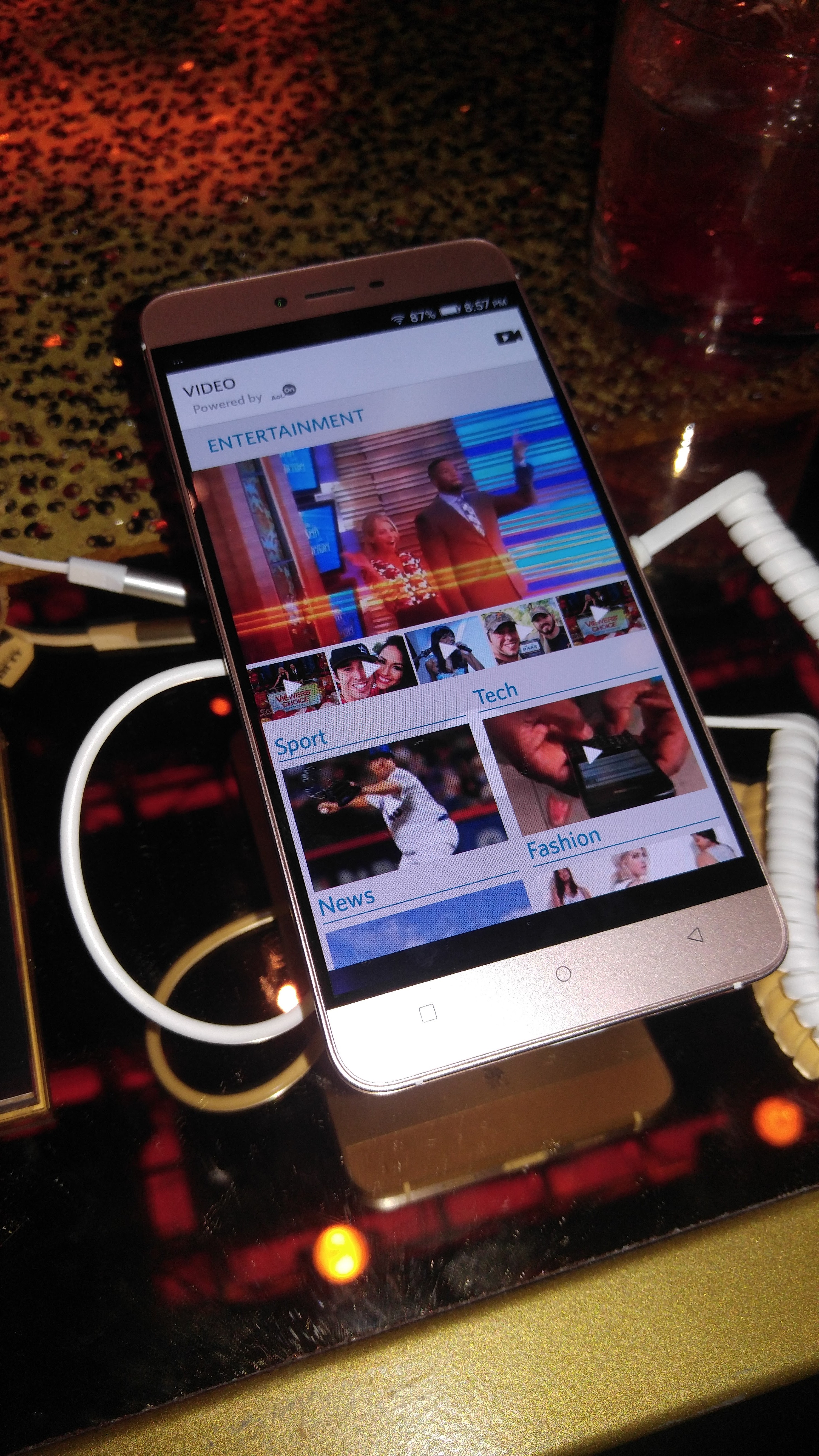 2016 is the Year of the Unlocked Smartphone.

And is also the year we will see a massive decline from Apple. Samsung phones have been on the decline for a couple of years now ,even with its great offerings like the Galaxy Note5, but the ability to stomach $750 smartphones is weaning with customers. Companies like Blu, Huawei, Nuu Mobile and ZTE are cutting into the deep sales of Apple and Samsung.

I know Apple and Samsung both make great phones, they just charge $500 too much for them. They can continue to advertise during the NFL Super Bowl rather than give us better value, but the companies like Huawei and ZTE are just going to continue to eat their sales with great products at incredible prices.

Financial analysts are seeing the light too. The LA Times and Forbes recently covered the downgrade of Apple.

As writers, we can sometimes feel the pressure to cater to companies like Samsung and Apple because they give us products to review. Quite frankly I write for the readers, and not for Apple or Samsung. I am well aware that I would be wasting my money if I continued to buy their phones and I am here to help you all save some money too.

Look out for reviews of more unlocked Android smartphones this year from AndroidGuys.com. We will be doing giveaways at the end of most of our reviews too so make sure to keep an eye out.