Streaming music from your smartphone to your Bluetooth or Wi-Fi connected speakers isn’t enough for you when you’re at home? Then you’re probably going to like the Nativ Vita music system. At least on paper.

You’re also going to appreciate its aesthetic qualities. The Nativ Vita looks like a sleek tablet with an 11.6-inch tablet and a stand. But don’t go thinking you’ll be able to install apps on it or edit a spreadsheet, as the Vita was designed with a clear purpose in mind – to allow users to play, store and control music.

It features 108p resolution and is powered by a Cortex-A9 processor running alongside 4GB of RAM. What’s more, the product includes up to two HDDs that bring support for a total of 4TB of storage, so it can easily host your digital music collection.

If you want to go beyond it, the Vita also offers access to some of the most popular music streaming platforms out there including Spotify, Pandora, Tidal and Apple Music. Given that it has an 11.6-inch display, the Vita can of course, also play music videos.

Since it does not have built-in speakers, the Vita includes USB, SPDIF, HDMI, AES/EBU ports, but also Bluetooth, Gigabit Ethernet, and 802.11ac Wi-Fi connections, to play your music. 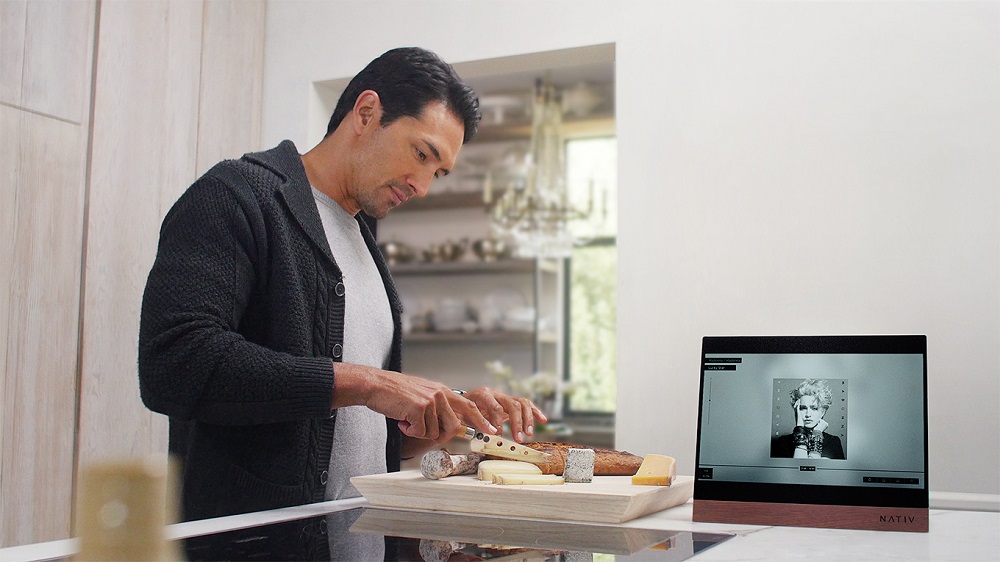 What’s more, it has a companion Android, iOS or smartwatch app and can be used to stream over AirPlay, Google Cast, Spotify Connect or Sonos systems. Users can also interact with it by virtue of voice commands.

The product supports a wide range of audio formats including MP3, OGG, AIFF, WAV, FLAC and Apple’s ALAC in 32-bits and 384 kilohertz. It also ships out with an IR remote.

On paper, the Nativ Vita sounds pretty great. It features a gorgeous, minimalist design and can do a lot of things. But your enthusiasm will decrease considerably when you see the price.

The standard model without a storage drive and an oak stand can take you back with $1,599, while a unit with a walnut stand and 4TB of SSD storage can cost a whopping $3,099. Sadly these huge rates are probably going to do a good job at keeping customers at bay.

How to buy Spotify plays and streams that are real