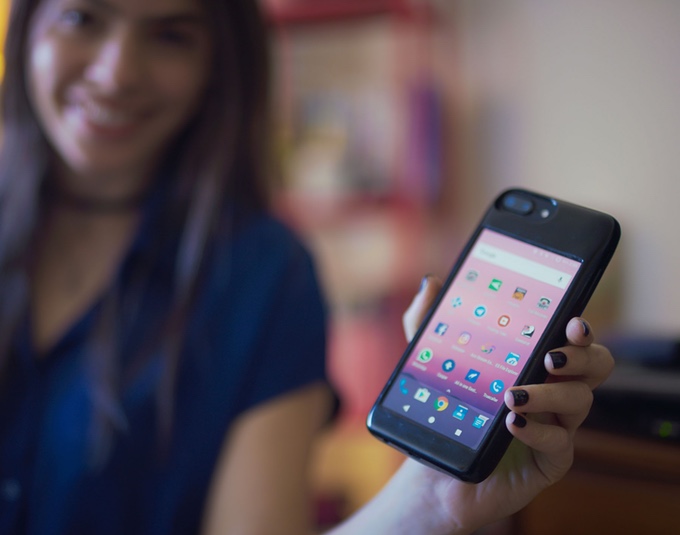 Kickstarter is a place that hosts a lot of weird projects and ideas, but the one we’re going to be talking up next probably takes the crown.

The battle between iOS and Android has been going on forever, but the Eye aims to show iOS users that Android isn’t half bad by strapping an Android phone on the back of your iPhone. 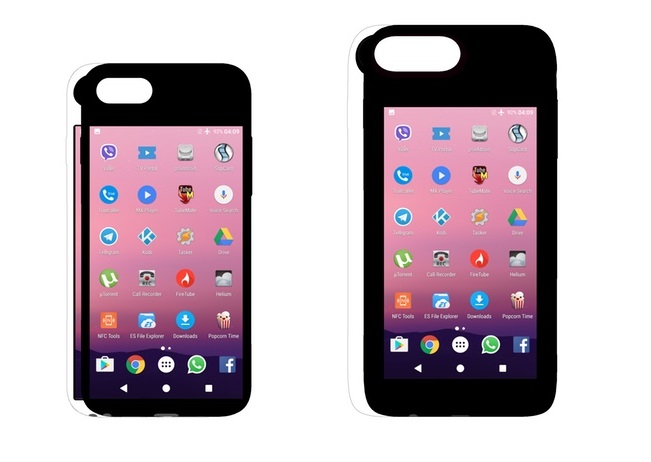 The Eye is actually a smartphone case that adds a secondary Android 7.0 Nougat phone to the iOS device with which it shares things like speakers, cameras and microphone.

The additional phone comes packing a 5-inch AMOLED display with 1080 x 1920-pixel resolution and takes advantage of an octa-core Helio P20 chipset under the hood that works in concert with 3GB of RAM, 16GB of internal storage that is expandable to 256GB via microSD cardslot. It also has NFC onboard.

The Eye relies on a 2,800 mAh battery is available in two sizes: one compatible with the iPhone 6, iPhone 6s, iPhone 7 and another designed to play nice to the iPhone 6 Plus, iPhone 6s Plus or iPhone 7 Plus.

We should also note that when the iPhone is in use the battery inside the Eye won’t be used and vice-versa. Why would you want an Android phone on the back of your iPhone you might ask? If we’d have to assume, the answer would be for diversity’s sake.  Or just because it’s nice to have a weird piece of technology around to show your friends? 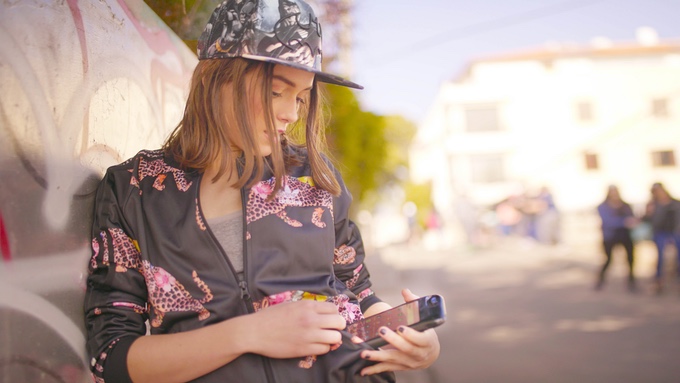 Anyway, if the Eye sounds interesting to you, you can go ahead and make a pledge on Kickstarter right now. For $129 you will be able to get an Eye case with 4G connectivity which is due to ship out in September. While the Eye has reached its funding goal, the project remains open. If the Eye manages to raise $500,000 the creators will add a 10,000 mAh battery to the rooster. At $3 million, the Eye might get IP67 certification and at $6 million it will offer a dual boot option with Ubuntu.

Windows 10 Mobile will be thrown into the mix at $15 million. It’s quite an ambitious goal for a really outlandish device, but we’ll have to see how the community feels about the project.

So what do you think? Would you strap an Android phone to your iPhone?